On the Why We Write podcast: Jane Brox's latest work of nonfiction, "Silence," delves into the very thing we're all afraid to confront. 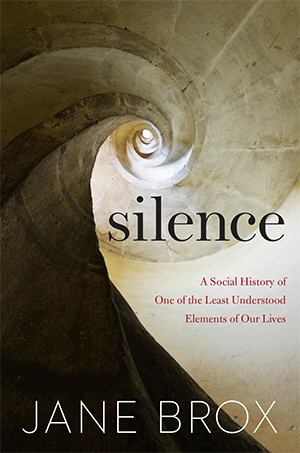 Silence may be golden but we sure do hate it. In Jane Brox’s latest book of the same name, she explores the freedom and constraints of silence and solitude through the lens of a prison experiment and the life of Thomas Merton.

Silence is Jane's fifth book. Her previous book, Brilliant: The Evolution of Artificial Light, was named one of the top 10 nonfiction books of 2010 by Time magazine. She is also the author of Clearing Land: Legacies of the American Farm; Five Thousand Days Like This One, which was a finalist for the National Book Critics Circle Award in nonfiction; and Here and Nowhere Else, which won the L.L. Winship/PEN New England Award. She has received the New England Book Award for nonfiction, and her essays have appeared in many anthologies including Best American Essays, The Norton Book of Nature Writing, and the Pushcart Prize Anthology.

She is currently on the faculty of Lesley University’s low-residency MFA Program. In this interview, she speaks with Georgia Sparling.

Read more about and by Jane

Jane Brox on the nature of Silence

My Father's Things and My Own

Nicole Mello ’18 talks about the gumption it takes to call yourself a writer....plus advice from Dolly Parton.
Listen to Nicole Mello's podcast interview

The past and present editors of Lesley's literary magazine discuss its history and importance.
Listen to our discussion on Commonthought.
email facebook twitter
29 Everett St, Cambridge, MA 02138
617.868.9600