On the Why We Write podcast: Artist Joel Christian Gill tells the stories of extraordinary black people from American history

Find the full transcript below.

When Joel Christian Gill realized painting wasn't working for him, he returned to comic books and began writing and illustrating books that tell the largely unknown stories of extraordinary black people in history. 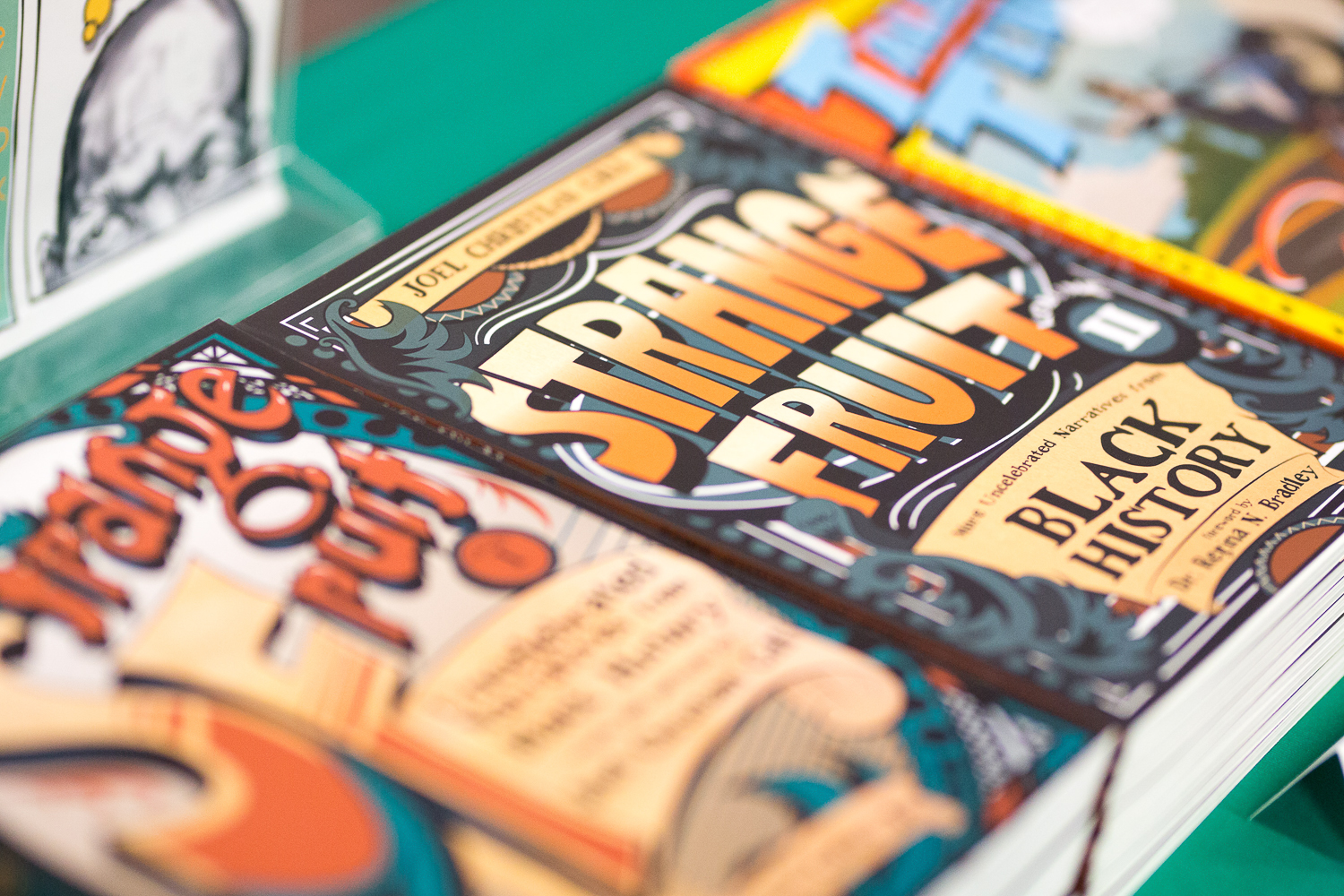 Gill is the chairman, CEO, president, director of development, majority and minority stockholder, manager, co-manager, regional manager, assistant to the regional manager, receptionist, senior black correspondent and janitor of Strange Fruit Comics. The New York Times says, "At a moment when racial inequities have ignited this nation, Mr. Gill offers direction for the road ahead from the road behind.”

He is the author of Fast Enough: Bessie Stringfield’s First Ride from Lions Forge 2019 and the award winning graphic novel series Strange Fruit: Uncelebrated Narratives from Black History, and Tales of The Talented Tenth from Fulcrum Publishing.

In this interview, he speaks with former Boston Poet Laureate Danielle Legros Georges during a visit to campus this spring.

Check out all our episodes on our podcast page or just go ahead and subscribe on iTunes, Stitcher, Google Podcasts or Spotify.