Overcoming the past through therapy

Now in his 30s and closing in on graduation, Liberal Studies major and Psychology minor David Andrade ’21 is touting the benefits of therapy because he knows how it changed his life.

Born to an immigrant mother and an absentee father, Andrade through much of his youth was “lost at sea.” He was a high school dropout with no direction and a sense that his life wasn’t worth living.

“I started therapy at the end of 2018,” he says. “I had just lost my job because I was pretty much inebriated all the time in those days, and I realized that I was spiraling in a way that was very dangerous.”

But, he adds, the trouble started before he was born.

“In fact, my relationship with trauma started before I was born. It started when my father would hit my mother and even pulled a gun on her on several occasions,” he says. “I felt that I was destined to be miserable, that I was chosen to be in pain.”

Andrade’s older sister witnessed many of the assaults on their mother, which set the tone for family life for many years.

“The ripple effect of these incidents was a household that would use violence and verbal abuse as a common form of communication,” Andrade says. “Because of my trauma I started to consider suicide at the age of 8 years old. Because of my experiences I withdrew from school and ran away from home on multiple occasions. Eventually I dropped out of high school at 15.”

Born in Los Angeles, but raised in Boston’s Jamaica Plain neighborhood, Andrade’s childhood was awash in drug and alcohol abuse and all manner of “risky behavior as unhealthy coping mechanisms,” activities designed to both gain a measure of control over his life and establish his masculinity.

“I was struggling to deal with the fact that a very close friend of mine had committed suicide a few years earlier,” he says. “Eventually I got to the point where I decided I’m either going to make therapy work or I’m probably going to kill myself.”

In the absence of a caring and compassionate authority figure, serendipity intervened when an old friend told him he had been seeing a therapist to gain control of his anger issues. However, Andrade was hesitant at first, believing that seeking counseling meant he was crazy—or worse, weak. But his friend insisted therapy was the answer to Andrade getting his life on track.

“It kind of made me feel like a jerk when he said that because I kept thinking to myself that therapy was for crazy people,” Andrade says. “Now I was looking at my friend who I had seen grow so much, and he looked so happy. I realized that I was being very judgmental and that I needed to check my attitude.”

So, at age 31, after a youth of dissolution, Andrade finally took steps toward finding solutions. He heeded his friend’s advice and began seeing a therapist, a man of color like himself, who would understand his cultural struggles, as well as his specific therapeutic needs.

Through therapy, Andrade learned how to manage his anger and emotions and begin to make sense of the trauma he experienced growing up. Before long, he began setting and, eventually, accomplishing goals, including having coffee twice a week with his mother, from whom he had become estranged, recording a podcast and going back to school.

Andrade also began working for Fathers’ UpLift, a social-service agency that helps men, similar to his own father, reconnect with, and take responsibility for, the families they abandoned or otherwise mistreated. Through this experience and his own successes in therapy, Andrade began charting a course toward a career in helping others.

And in that process, he found Lesley University and, through our Center for the Adult Learner, embarked on his higher education journey.

“I have had a lot of friends who attended Lesley for education, psychology and mental health counseling, and they all seemed to be brilliant in their respective fields,” Andrade says, adding that after graduation, he intends to pursue a master’s degree in social work.

“My hope is to become a clinical therapist,” he says. “Ideally, someday I would like to open up my own youth center and try to create the ultimate protective factor for youth that face trauma at a young age. My hope is to try and combat all of the negative effects that adverse childhood experiences can have on young people.”

This Is My Brave

Andrade has been sharing his story with others through the nonprofit This Is My Brave platform, which presents true, personal video stories on overcoming depression, anxiety, bipolar disorder, post-traumatic stress disorder, postpartum depression, substance abuse and a range of other mental health issues. (Andrade’s story was among the ones presented to the Lesley community on Thursday, April 8, at 7 pm.)

“The reason I wanted to be a part of This Is My Brave is because I realized that connecting with my therapist really saved my life,” Andrade says. Since his friend helped destigmatize counseling for him, “To me this was the perfect opportunity for me to help raise mental health awareness and help end the negative stigma that is attached to mental health, especially for men of color.

“Almost everyone deals with mental health in some capacity, but they often don’t share their experiences. Understand that it can be a very difficult and long process. It may not be easy, but it will be worth it.”

Are you ready to finish your degree?

No matter how many years it's been since you attended college, earning your degree could be closer than you think.
Read about the Lesley Center for Adult Learning 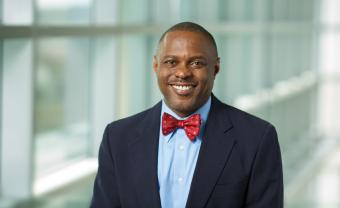 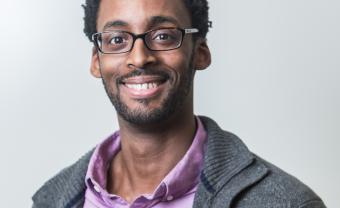 When opportunities arise, Brandon Jones has a philosophy: say “yes.” His eagerness to try on a broad range of roles in his field, coupled with his commitment to social justice, has led to a career promoting transformation within diverse populations. In his current work he draws upon trauma-informed interventions to empower people to overcome challenges spanning from chronic homelessness to intergenerational patterns of trauma and neglect.
email facebook twitter
29 Everett St, Cambridge, MA 02138
617.868.9600