Roberto Mighty has always followed his own path. Before coming to Lesley in 2009 to pursue a Master of Fine Arts (MFA), he worked as a sound and recording engineer, an actor, musician and songwriter before moving into television production, creating shows about music, food and cooking, architecture and design.

A visit to Rembrandt’s painting studio during a work trip to Amsterdam was a turning point in his decision to return to school.

“Seeing that chiaroscuro lighting, seeing how the windows were situated…All of the Russian, Chinese, Spanish and Mexican film directors that I really idolized had art school backgrounds. I said to myself—there must be something to this art school thing.”

He started looking for an MFA program. Lesley University was one of the few schools in the Boston area that had a low-residency Visual Arts program which meant that he could continue to work while pursuing his degree.

“By the time I got to Lesley, I had had three whole careers. I was at a point in my life where I could really decide what I really wanted to do, and that was to increase my visual vocabulary and try to make myself a better filmmaker.”

Being part of a community of visual artists helped Roberto think more boldly about his filmmaking career and he forged enduring ties with fellow students.

“I met people who I’m still friends with now. I was completely unfamiliar with the world of what was happening in art at that time, and it was a tremendous education. I increased my visual vocabulary quite a bit. I started doing more projects that I wanted to do. I started doing multimedia projects. It was just very helpful to understand how to present oneself as an artist.”

A fascination with trees and forests led him to create a project called “Trees of My City,” which was shown at Harvard’s Arnold Arboretum and led to an artist residency at the Harvard Forest in Petersham, Mass., an area where Puritans and Native Americans had met for the first time in the 17th century.

“I was interested in Native Americans who had been on that land for thousands of years, what was their conception of land ownership and how it conflicted with the English settlers’ conception of land use. My project was to make an artistic impression of that meeting.”

He spent 18 months researching and filming. The project, “First Contact,” was exhibited at the Fisher Museum at Harvard and led to yet another opportunity. A visitor from the Mount Auburn Cemetery in Cambridge reached out to Roberto. The historic 175-acre “garden” cemetery, famed for its exquisite landscape and over 700 varieties of trees, was considering creating an artist’s residency program and wondered if he would be interested. He was, and in 2014 he became the first artist in residence at a national historic landmark cemetery in the United States.

He followed his Mount Auburn residency with a series of five films for the “Favorite Poem Project” with the U.S. Poet Laureate Robert Pinsky. “Poetry, history, visual art and technology…these are themes which kind of keep going through my work.”

His time at Mount Auburn also sparked a deeper interest in different spiritual practices surrounding death and eventually an idea for a series. He filmed the first season of World’s Greatest Cemeteries at cemeteries and burial grounds around the world, including Green-Wood Cemetery in Brooklyn, Highgate Cemetery in London, and the estate of Alexandre Dumas outside of Paris. Ten more locations will include Asia, Africa, Europe and the Americas. The series will be broadcast on over 200 public television stations in the fall of 2021.

In 2018, Roberto was chosen by nonprofit King Boston to create a documentary, Legacy of Love, on the years that Martin Luther King, Jr. spent in Boston. King and his soon-to-be-wife Coretta Scott met in Boston shortly after they both arrived in 1951, he to earn his doctorate at Boston University, she to study voice at the New England Conservatory. The couple married in 1953 and departed the next year for Atlanta, but their years in Boston were formative ones, both personally and in the context of the civil rights movement.

“My mom was a big feminist, and I grew up in a house full of books, and a lot of those books were about women in history. So I was quite keen to learn more about Coretta Scott's influence on Martin Luther King, Jr.”

He worked closely with King scholars and interviewed living witnesses who had known the Kings.

“On a certain level, they were people, right? They were amazing, but they were also still human beings, and when you read the love letters, you see that they were human. And I thought that was very endearing and wonderful.”

Legacy of Love (WGBH Promo) from Roberto Mighty on Vimeo.

Documenting the Kings’ years in the city felt deeply personal. His parents, who met at Wilberforce University in Xenia, Ohio, the first college owned and operated by African Americans, had participated in the civil rights movement. And as he traced the Kings’ footsteps through the familiar streets of Boston, he realized how often he had visited the same spots during his own student years at Boston University.

“It had just tremendous resonance. I owe such a debt to that movement. And I really identified with the idea of being a college student falling in love, which is something I had done! And I found out that Coretta Scott was a deep thinker, an intellectual, and had an extraordinary progressive political background.”

Roberto is working on another public television series on aging called getting dot OLDER. “At a certain point, you go through life—unless you look in the mirror, you just feel the same, right? I was truly shocked that I was getting older. And I began to think about what else happens besides any physical changes.”

He began interviewing a wide cross-section of people—dancers, farmers, athletes, blue-collar workers—about aging and plans to create an interactive conversation about growing older. “It's fascinating what people are sharing. And I'm so grateful that people are willing to share,” he says.

In a time when everyone can record themselves, he’s reflective about his mediator role as a filmmaker and storyteller.

“I studied cinematography for years; I've taught it for years at Emerson College and Boston University. So I want to use all my skills with cameras and lenses to make something look a certain way. But on the other hand, everyone now has a phone that’s a very high-quality recording device. Why not let them tell their own story?”

Learn more about Roberto and his various film and television projects.

Learn more about our MFA in Visual Arts

Our flexible, low-residency MFA in Visual Arts program is one of the oldest and most recognized programs of its kind in the country. We are a vibrant community of diverse artists who work with students where they live in a program that’s 80% independent studio work, with residencies on our Cambridge campus twice a year. 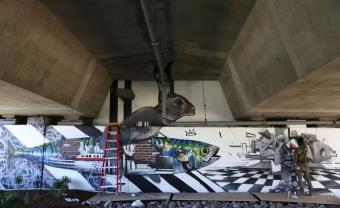 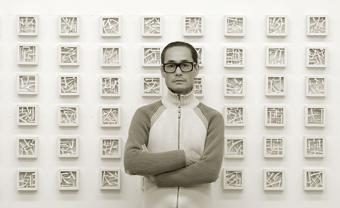 Work hard. Never stop. Learn what one MFA in Visual Arts alum has to say about inspiration and drive.
Read more about John Chang

Faculty Ingrid Stobbe has been recognized for her teaching by the University Film and Video Association.
Read more about Ingrid Strobbe.

Why Get an MFA in Photography?

Alumni from our Photography and Integrated Media program share what they found valuable about earning an MFA.
Read More About an MFA in Photography
email facebook twitter
29 Everett St, Cambridge, MA 02138
617.868.9600