There’s a new place for public art in the city of Boston. Tucked beneath I-93, eight acres of underpass have been transformed with evocative and singular murals created by some of the nation’s most well-known street and graffiti artists. Underground at Ink Block is a converted area that connects South Boston and the South End with miles of walkway and green space. Among the 11 participating artists is Lesley BFA in Fine Arts and MFA in Visual Arts alumnus Percy Fortini-Wright '03, '08 (MFA). Percy has been a working artist and involved in graffiti and street art circles since the 1990’s. He has forged his own place within these circles, along with strong connections and friendships that have broadened his career.

"I was invited to join the Underground Mural Project by the project’s curator, Street Theory. The Founders of Street Theory Studio and Gallery, Liza Quiñonez and Marka27, are longtime friends and helped to produce and organize the project, including gathering the 11 participating artists."

Underground was a well-oiled machine and the collaboration was heavily promoted. Juxtapoz magazine and Los Angeles's Container Yard documented the whole project. Countless artist talks and rooftop parties helped to put the project and the individual work of the artists in the spotlight. Artists were even given the chance to create limited edition prints for House of Roulx and exhibit at the W Hotel.

The participating artists are from all over the country, spanning Los Angeles to Miami, each bringing their own point of view that adds to Underground while making it a cohesive project. Location wasn’t the only thing that differed among the artists; stylistically, they brought a broad range of influence to their murals. Backgrounds, too, varied—from Cey Adams, who worked alongside famed street artists Jean-Michael Basquiat and Keith Haring and holds the title of Creative Director at Def Jam Recordings, to IMAGINE who is the first street artist to combine her native Nepali alphabet with American graffiti styles and is the Founder and Director of the Children’s Art Museum in Nepal. Percy, who has shown in Urban Basel in Switzerland and had his work for Adidas featured in Sports Illustrated, contributed his own style to Underground with fellow renowned street artists.

"The motivation behind my mural came from the composition I had to work with,” describes Percy. "I was going to feature my classic cityscape form, but the layout of the wall was too narrow. I didn’t think it would capture the depth I wanted.”

Percy intended to utilize every inch of the 200-foot wall, incorporating elements not typically found in his work. As always, he pushed beyond style stereotypes to deliver a mural combining organic shapes–like the 30-foot mackerel and rabbit–with more grid-like shapes of the bricks and large diagonal elements. Entangled calligraphic lines are joined by imagery of Boston’s skyline, tying everything together as the “mural’s hook and bait,” he jokes.

"I think Boston is definitely getting better with creating more public art spaces, helping to make the city more of an art-hub and allowing graffiti to become more socially accepted.” However, Percy is quick to point out, “as an art form, we don’t need approval from the status quo to make our work more palatable.”

As the city, and the art world itself, begins to recognize graffiti as an integral component of the cityscape, Percy describes graffiti as, “one of the most advanced forms that the art world has seen in many years and people are only now starting to wake up to this realization.”

Like many projects around the city of Boston, Underground at Ink Block aims to revitalize areas that are perceived to be under-utilized and add new dimensions to them, like public art spaces. The term “urban renewal” is heard around the city, raising skepticism among those involved in such projects. "I’m definitely a little skeptical of these projects being used as vehicles of displacement under the disguise of urban renewal,” Percy says. “With all things there are positive and negative elements, but ultimately for cities to use murals within these projects has more positive impacts for the artists involved.” Underground has elevated public art space in the city by bringing local and national artists into public awareness and has created a poignant public art installation.

As the building-boom continues around the city, the call for street artists and muralists will continue to crop up, perhaps helping the public see beyond the high-rise buildings to the diverse community that still exists around those buildings and indeed above ground. 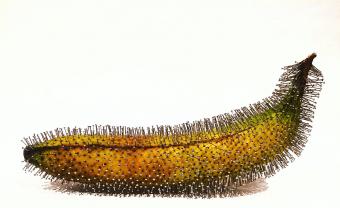 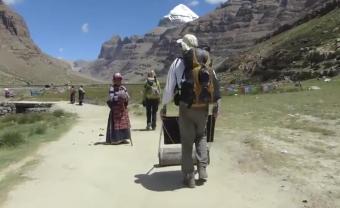