Skip to main content
More at lesley.edu/plan
Fall 2021 Reopening Plans
We will reopen our campuses for classes, activities, and residential living in Fall 2021. Find the latest information on our Fall 2021 Plan page.
StoriesKatie Cotugno ’15

From MFA to MTV

Author and Pushcart Prize nominee Katie Cotugno got her start writing spooky ghost stories when she was six and hasn’t stopped, though she’s since traded ghosts for romance.

Growing up in the 90s, Katie was influenced by Judy Blume and the early work of Sarah Dessen. She began amassing story possibilities from her teen years as an adolescent. That material would turn into several novels, many short fiction pieces, and an MTV television series in development.

Katie began work on How to Love, her debut novel, when she was 16. Drawing on tangible teenage feelings while writing, she shaped and refined the story over a decade.

“It’s very much a patchwork quilt that way,” she says, “Made of mostly-unrecognizable scraps of my late teen/early 20s life.”

“How to Love” became her undergraduate senior thesis at Emerson College. As a senior, she sent it to Alloy Entertainment and it was chosen for publication. Katie received stellar reviews for her debut work and went on to travel with several YA book tours including Epic Reads and YALLWEST, before being accepted into the MFA in Creative Writing program.

These days, Katie writes from her home in South Boston and finds ways to pepper New England references into her work. Originally from Westchester County, New York, she moved to Boston for college and stayed.

“For me, writing every day makes it feel more like going to a job or having a practice. If I have a bad day at work that’s fine, because I know I’ll show up again tomorrow.”
Katie Cotugno ’15, MFA in Creative Writing

“I’ve been in Boston for more than a decade now, and I really love it – it’s manageable for me in a way that New York, where I’m from, does not always seem to be,” Katie reflects. “But it’s also such a transient city, and I think that kind of ‘yearn-y’ feeling of missing somebody, that sense of coming and going, turns up in my work more often than not.”

She writes every day, a little bit at a time.

“For me, writing every day makes it feel more like going to a job or having a practice,” she says. “If I have a bad day at work that’s fine, because I know I’ll show up again tomorrow.”

Her second novel, 99 Days, published by HarperCollins in 2015, tells the story of Molly Barlow, a high school senior navigating a tumultuous love triangle in the 99 days of summer before she goes off to college. It’s this story that piqued the interest of MTV executives who chose her novel for further development for a half-hour dramedy.

As the original writer of the novel, Katie is experiencing first-hand how her writer’s voice will be uniquely transformed for television adaptation.

“I’m a giant TV junkie,” she admits, “and I’m so, so excited about the idea of 99 Days on MTV. I’m lucky to be working with Alloy Entertainment in addition to HarperCollins, and those guys are always looking for development opportunities. I likely won’t have a huge role beyond providing source material, although I’m hopeful I’ll get to take a peek come casting time."

“Also, I want a director’s chair with my name on it,” she quips.

Already a published author with How to Love on bookstore shelves, Katie started her first semester of Lesley’s MFA in Creative Writing program in 2013. She felt that a degree from Lesley would not only afford her possible teaching opportunities, but would also give her a new focus with her writing.

“I opted for the fiction track instead of writing for young people—I worked with Hester Kaplan and Michael Lowenthal on a novel about three brothers in Western Mass trying to find their sister who has been missing for many years,” she says. “It’s about family and religion and secrets and sex and one of these days I would even like to finish it.”

Katie also cites the ability to hone her skills and write freely without as much outside pressure.

“I’m also of the opinion that more practice is never a bad thing, and it was really nice to sort of go back to basics in seminars and workshops and just focus on improving my writing and doing good work without all the noise of publishing that can creep in,” she reflects on her time at Lesley.

Write from the Heart, Write What You Know

Katie’s strong, clear voice inspires readers with a healthy dose of humor and self-awareness (she prefers The Babysitters Club series to Sweet Valley, and Molly the bespectacled American Girl doll to Beanie Babies). She writes from the heart and she writes what she knows.

“The best thing for me in terms of actually getting work done is to just focus on telling the best, most honest story I can—and to do everything I can to keep a reader’s attention for as long as I’ve asked for it.”

Her forthcoming book, Fireworks, is due out in the winter of 2017 and will tell the story of two friends traveling to Orlando to attempt to break into the boy/girl band scene, or, as Katie puts it, “pop stars and friendships and the 90s and saving your own soul.” It's an exciting concept from a 90s pro, who, when faced with a choice between Backstreet Boys and *NSYNC, would choose Hanson every time. Her pop-culture infused prose promises nostalgic throwbacks and we can expect even more as Katie has inked a two-book deal with HarperCollins/Balzer+Bray for an untitled novel to follow Fireworks.

Read short fiction from Katie on her blog or follow her Twitter feed for updates and entertainment. 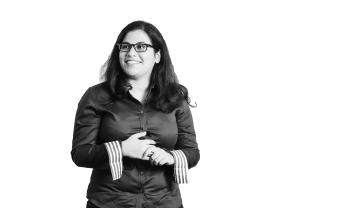 Learn how this MFA in Creative Writing alum and author of the novel "If You Could Be Mine," found her voice.
Read more about Sara Farizan 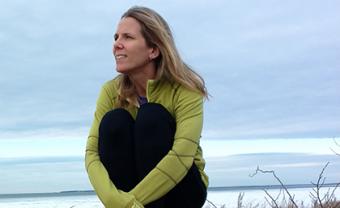