Making Poetry Available to Everyone

While traveling in Cuba, Christine Bess Jones and her husband met someone who shared a poem that was in his pocket, Robert Creeley’s “Kore.”

His act inspired Christine, a graduate of the MFA in Creative Writing program, to write her own poem about the experience and to learn more about the origin of this traveling art form.

Christine gave the book, Poem in Your Pocket: 200 Poems to Read and Carry, to several friends to further an artistic conversation about mobile poetry, and went on to found poems2go, expanding on the idea of individual pocket poetry by partnering with libraries, small businesses and poets to make poetry accessible to the public.

“My mission for poems2go is to bring more poetry to more people in more places, to make it accessible to poets and non-poets alike,” she says.

Featuring five poets a month, the poems2go initiative offers printed copies of poems in local bookstores, cafes and libraries, free of charge for anyone to take with them, whether they tuck them away for individual inspiration or share with others. "Tuck in your pocket, your wallet, your heart,” is the tagline.

“Active engagement with the language of poetry allows for transformation of thought to occur,” Christine says. “This transformation leads to a greater perspective about our interconnectedness and our place in the collective whole.”

Funded by a grant from The Witter Bynner Foundation for Poetry, poems2go has expanded from five to 13 locations—from Massachusetts and Rhode Island to Tennessee and Florida. Its popularity is fueled, in part, by poetry’s unique position to create powerful conversations, according to Christine, who lives in Billerica, Mass. and Cape Cod.

“I believe poetry needs to be held, mulled over, stored and shared. One can be initially attracted to a poem because of its sound or its imagery, but when read further, more keenly and sensitively, associations can be made. We are associative beings. It is our natural inclination to make connections.”
Christine Bess Jones ’16, Poet and Founder of poems2go

“I believe poetry needs to be held, mulled over, stored and shared,” she says. “One can be initially attracted to a poem because of its sound or its imagery, but when read further, more keenly and sensitively, associations can be made. We are associative beings. It is our natural inclination to make connections.”

Through the poems2go website and copies of poems at participating venues, the word is spreading. Poems2go has also hosted in-person events such as readings and discussions at the Grolier Poetry Bookshop in Harvard Square. Poetry readings have included Lesley creative writing faculty members Sharon Bryan and Teresa Cader as well as local poet Julie Ann Otis.

Tapping the power of public art

Christine has a vision for how this work impacts the community and what might be possible when public art is made available to anyone, anywhere. When considering businesses with which to partner, she considers factors such as previous working relationships and whether the location would be a good fit for the group’s message.

“I reached out first to venues I had a connection to, and then to venues I respected and wished to see the project being promoted from, such as Grolier Poetry Bookshop and Porter Square Books,” she explains. “I seek businesses that are genuine in spirit, and wish to promote art/poetry.”

She sets a similar standard for submissions from local, national and international poets who send work to be considered.

“What I look for in a poem is a poet’s underlying gesture that demonstrates a deep listening and response to the world, immediate or abroad, past or future,” she says.

Classmate Michael Mercurio has also been featured on poems2go’s website and local cafes.

“Christine had set the wheels in motion for poems2go before I met her, and I remember her talking about it during a workshop in my first semester,” Michael recalls. “Having the poems available in places where people would encounter them breaks down one of the barriers preventing access to poems.

Another Lesley classmate, Sarah Lain, has joined the initiative to help with reading submissions and to serve as a poems2go ambassador to the St. Petersburg, Fla. area in hopes of furthering the project’s reach. Poems2go is a way to access a medium that is not easy for all people to understand.

“Poetry has a way of slipping past the fastidious, organized mind; it is language that transforms the reader whether the reader knows it or not,” Michael says. “A poem is entirely unlike any other written document—it abides by its own logic, making use of sound and association to create something vivid that will, with any luck, shake the reader awake.” 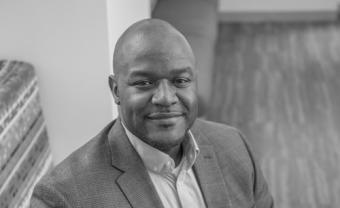