Beyond the Flag Podcast

Our student podcast Beyond the Flag invites you to conversations with Indigenous leaders about the design of the Massachusetts state flag, seal, and motto and its greater implications. Learn more about why the state flag is changing and how this is so important to communities.

Join the conversation with Lesley design students and Indigenous cultural and political leaders in Massachusetts.

Beyond the Flag brings you conversations with Interactive Design BFA students Madeline Meyer '21, Jess Stevens '21, and Indigenous leaders who are part of the Community Design Studio and the College of Art and Design's year-long effort to support a legislative initiative to reconsider the seal, motto, and flag of the Commonwealth of Massachusetts. Our work informs the legislative commission, engages public spaces throughout Massachusetts by means of a public art installation featuring a QR code to the podcast, and encourages outcomes that reconcile the symbols of a hurtful colonial past with the cultural, political, environmental, and social priorities of Native and non-Native communities today.

Our series begins with partner Jean-Luc Pierite, Board President of the North American Indian Center of Boston who describes the current Massachusetts state flag as, “evocative of the intergenerational trauma and colonial violence which Native communities have endured for the past 400 years.”

Lesley College of Art + Design’s Community Design Studio invites you to a conversation with Jean-Luc Pierite and co-hosts Madeline Meyer and Jess Stevens about the Massachusetts state flag, seal, and motto. This introductory discussion also explores themes of education, mascots, and what it really means to have a seat at the table.

To familiarize yourself with the Massachusetts state flag, check out this graphic from Change the Mass Flag. 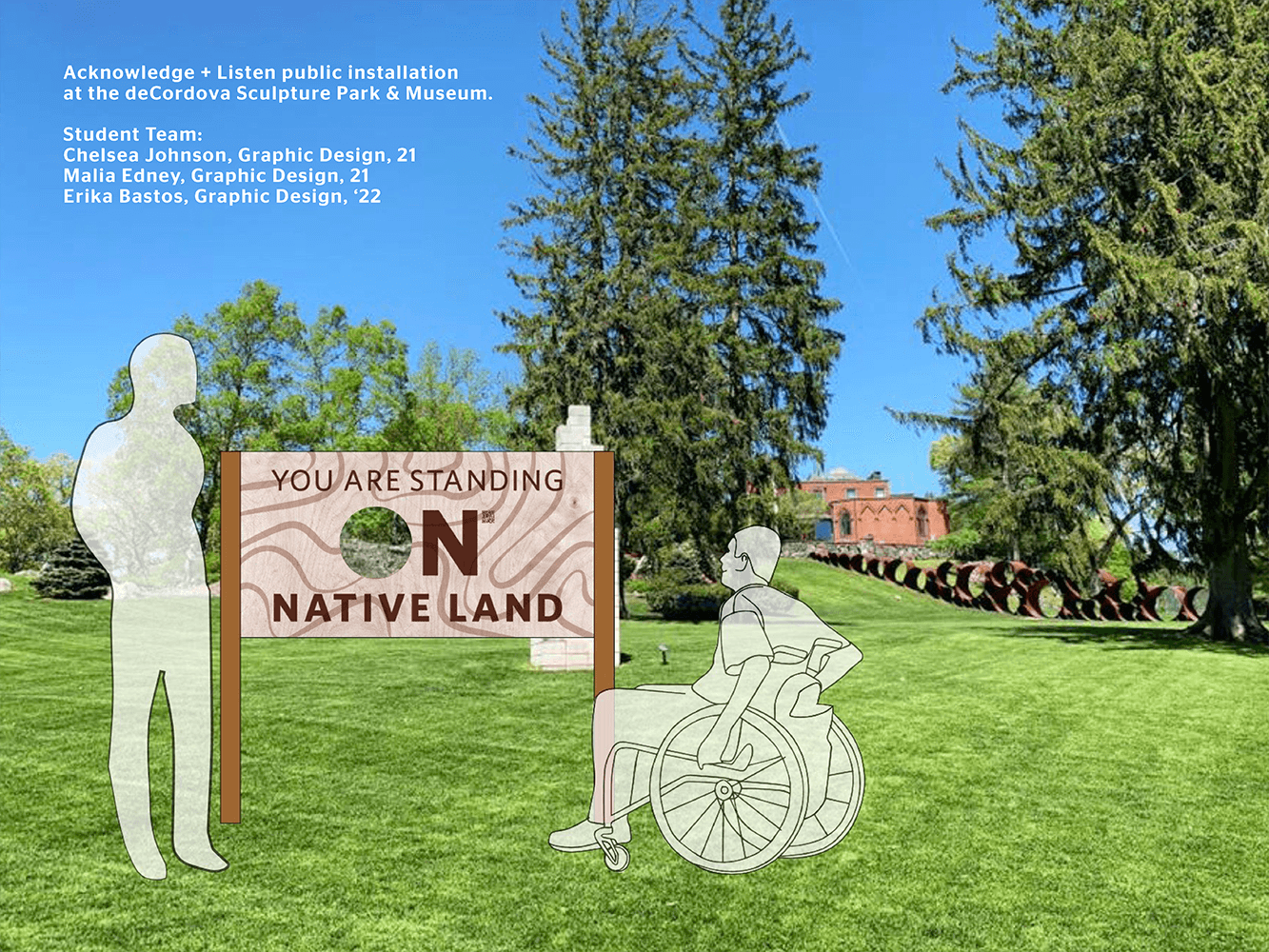 Beyond the Flag podcast accompanies a public art installation Acknowledge + Listen at the deCordova Sculpture Park & Museum this summer. The installation features a QR code that visitors can scan with their smartphones in order to listen to the podcast.

Lesley design students collaborate with a special commission to replace the state's racist flag.
Read about the student's work.

Our office builds community through innovative, socially engaging art and design programs at the College of Art & Design and across the university.
Learn more about what we do for the community.

A group of Lesley Art and Design students create a University flag as the culmination of a semester-long, student-led design project.
Read more about the Lesley University flag. 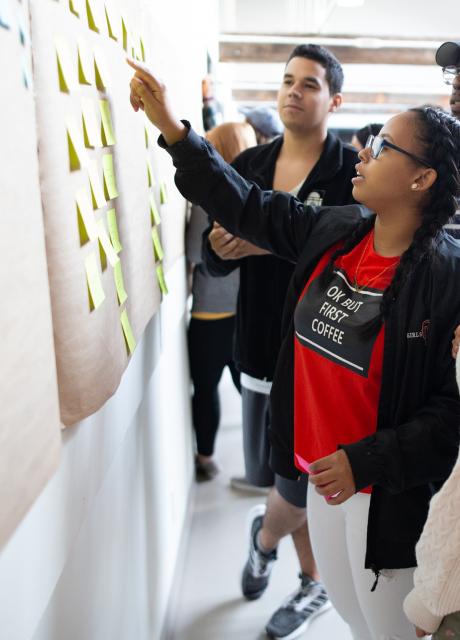