Restorative justice can build inclusive communities in addition to informing, transgressions great and small, from academic malfeasance to felonies.

The practice of restorative justice — employed by our Bias Education & Response Team and a subject of graduate-level study — works to strengthen and heal communities, repair harm and re-establish trust on a day-to-day basis, and in response to individual and community harm. Restorative justice draws on indigenous circles and formal and informal conferencing practices.

In February, Lesley hosted the half-day Convening on Campus Restorative Justice, a collaboration between our Office of Diversity Equity and Inclusion and Harvard University's Office of Sexual Assault Prevention & Response. The event, held in Washburn Auditorium, drew 40 participants from more than a dozen institutions and consultancies and was followed up by a virtual convening on April 1.

According to Professor Meenakshi Chhabra and Maritsa Barros, associate diversity officer and executive director of our Urban Scholars Initiative, the purpose of the afternoon of dialogue was to foster community and harness participants’ collective resources in support of more restorative and just campuses. The vision is to move towards having restorative justice principles of “engagement, accountability and restoration,” infused in all aspects of our campus culture, as a way of being with each other.

Chhabra adds that the convening was the first to bring together people from area campuses who have already integrated and implemented restorative justice, or who are interested in doing so.

Some of the findings of the event include:

According to Chhabra, the majority of the convening participants “found it very helpful, supportive and informative.”

Among the comments from participants (with anonymity protected) are:

One of the questions that the community is continuing to grapple with is how to integrate restorative justice principles and practices with existing campus policies, around disciplinary and Title IX issues, Chhabra says.

“Restorative justice is at the center of the Bias Education Response Team in order to make space for individuals to learn and grow, while creating the opportunity for individuals to exercise their innate capacity to empathize with others in a way that has not been available to our community in the past,” Barros says. 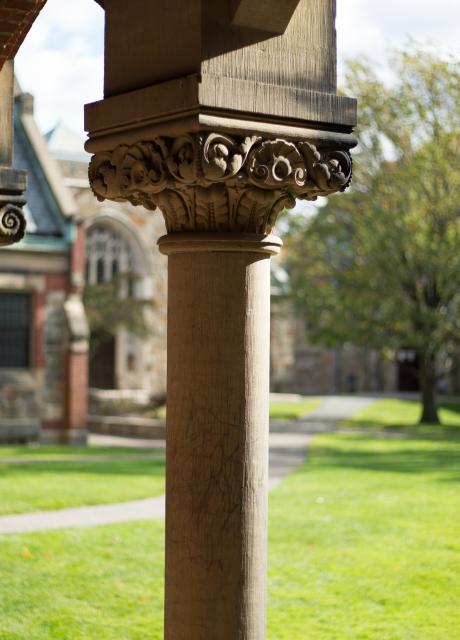 Addressing the impact of bias that occurs within our community.
News

'It’s a place where I feel like it’s home.'
Read more about New lounge gives space to diverse students