Students exhorted to continue the work of the ‘radical Dr. King’

Lesley students, alumni, faculty and staff honored the work of Dr. Martin Luther King, Jr. on Monday with our annual Day of Service.

Speaking of King, Barbosa said, “People talk about him being a leader, a pastor, a community organizer. We also hear people describe him as the 'radical Dr. King.'”

While that moniker is less prevalent, it is significant, said Barbosa, who described radical as a person who does something unprecedented. He challenged the crowd to do the same and to continue the work that King couldn’t, due to his assassination.

“We have to carry on that work as individuals, as a collective,” Barbosa said.

Following Barbosa, graduate students Patricka James ’21 and Corrine Mina ’21 gave a brief performance before the volunteers joined the Cambridge community for an afternoon of service, where they made Valentine’s Day cards for the military, senior citizens and homeless shelters; helped to assemble personal care kits for people in need and heard from community leaders.

The Day of Service was organized by the Office of Community Service.

See photos from the Day of Service on Facebook. 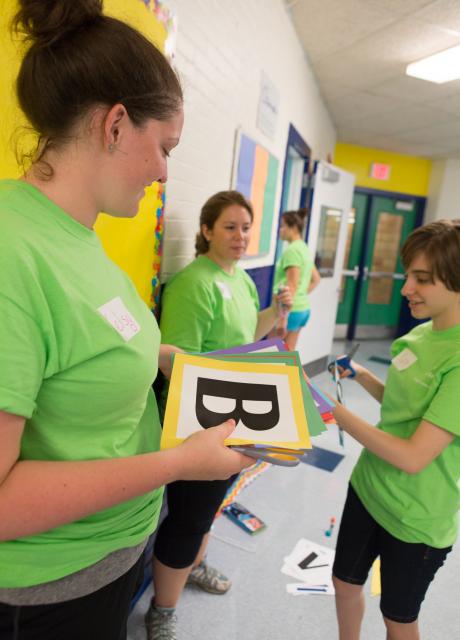