Lesley University President Janet L. Steinmayer this week announced the new Thought Leadership Series at Lesley University, which will feature a robust and diverse array of inspirational thinkers, creators and visionaries at the cutting edge of the human arts of education, counseling and the visual arts.

The series builds upon the success of last year’s roster of thought-provoking presenters, such as authors Jason Reynolds and Candice Iloh, as well as Lynn Malerba, chief of the Mohegan Native American tribe, and Cambridge visual artist Julia Powell.

This year’s guest presenter programs will engage members of the Lesley University community and the public in conversation with those who practice these arts, and through that exchange, encourage us all to act as catalysts for a more connected and just world.

These presentations will be free and open to members of the Lesley and local community. The fall and winter events will be virtual, and the format of the spring 2022 events has not yet been decided.

The Thought Leadership Series at Lesley University gets under way on Thursday, October 21 at 7 p.m. with David D’Arcangelo, commissioner of the Massachusetts Commission for the Blind (MCB) and a member of the National Council on Disability. His virtual lecture is entitled “A Quest for Independence & Inclusion: Why Employment Matters for People With Disabilities in Massachusetts.” Legally blind from a young age,

Commissioner D’Arcangelo has built successful careers in the public and private sectors. As head of MCB under the administration of Gov. Charlie Baker, he oversees a $34 million budget to ensure the highest quality of vocational and social rehabilitation services are delivered to individuals who are blind and visually impaired in Massachusetts.

“Commissioner D’Arcangelo is ideally suited to launch this series and very much look forward to his engaging with the Lesley community,” President Steinmayer says.

Lehane’s highly acclaimed multidimensional play “Chimpanzee” premiered at HERE Arts Center in New York City and has since been presented by theaters and festivals in France, Montreal and London. “Fly Away,” his co-creation with painter Derek Fordjour, premiered last fall at Petzel Gallery in New York and was counted among New York Magazine’s "Top 10 Theater Moments of 2020."

On January 27, 2022, we welcome Gayle Jessup White, a descendant of Thomas Jefferson and two families enslaved on his estate. A former award-winning print and television journalist, she began her career at the New York Times and is the public relations and chief engagement officer at Monticello, a National Historic Landmark about which she has written extensively.

Next, on February 24, 2022, the university will be joined by Jodi Rodgers, an Australian sexologist, counselor and special education teacher who founded Birds and Bees, her private practice specializing in delivering sexual health and other counseling services to people with disabilities. She was featured on the Netflix television documentary series “Love on the Spectrum.”

One month later, on March 24, 2022, the university will hear from Marsha Medalie, chief executive officer of Riverside Community Care, a $100 million behavioral healthcare and human services nonprofit. The agency provides community-based services to more than 40,000 people across Massachusetts and reaches millions more around the globe through digital consulting, screenings and suicide prevention programs.

“The Thought Leadership Series at Lesley University represents a dynamic evolution in our community programming and marks a significant investment in the cultural life of Lesley students, faculty, staff, alumni, families and neighbors,” President Steinmayer adds. “I urge you to join us and to consult our calendar of events (Lesley.edu/events) to learn more.” 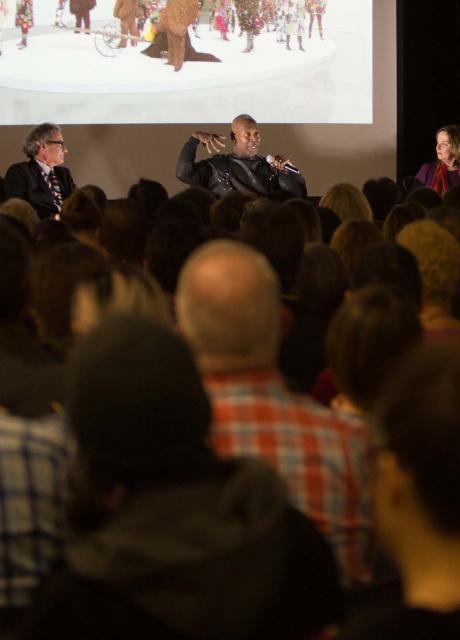