Creating a Safe Space for Healing

Jenn Turner knew the healing benefits of yoga in her own life. So she was curious about the neurobiological effects of yoga, and whether it could work for others who had been through traumatic experiences. How could yoga provide a focus on the body without triggering the part of the brain that signaled danger?

“I wanted to know not only what was true for me and my body, but also to know, based on research, what was worth putting forward for other people,” she says.

"Trauma survivors have a broken relationship to their body. They look at their body as a liability. We’re providing a safe environment and inviting people to turn toward their bodies."
Jenn Turner ’09, Clinical Mental Health Counseling: Trauma Studies

Trauma is caused by violence, abuse, neglect or extreme loss in a person’s life, and memories of these experiences can persist for years. As we know from soldiers with symptoms of post-traumatic stress disorder (PTSD), survivors are at risk for a host of mental, emotional and physical problems.

While working on her master’s degree at Lesley in Clinical Mental Health Counseling: Trauma Studies, she joined a team at the Trauma Center in Brookline, Massachusetts, which was piloting a clinically based approach to working with survivors. It’s called trauma-sensitive yoga, and it’s used in concert with other mental health treatments such as psychotherapy and medication.

Trauma-sensitive yoga provides modifications that enable people to feel comfortable and safe, she says. Teachers consider themselves to be facilitators, to avoid a sense of hierarchy. They don’t walk around the room, because unexpected movements or sounds can trigger a survivor. And they don’t touch participants to correct a position, as often happens in traditional classes. Being touched may set off an alarm in someone whose brain has been rewired by trauma to sense danger even when danger isn’t present.

Instead of issuing commands such as “Hold this position,” the facilitator will use words that invite and suggest: “When you’re ready, you may choose to move into this position.” Jenn explains that the element of choice is powerful for survivors, who may feel a lack of agency in regard to their bodies.

She describes the effects of trauma as the brain creating a disconnection from the body. “Survivors have a broken relationship to their body,” Jenn says. “They look at their body as a liability. We’re providing a safe environment and inviting people to turn toward their bodies,” she says. 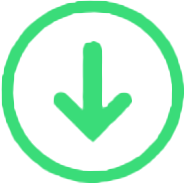 Now, in addition to her private practice, Jenn runs the yoga program at the Trauma Center. “I arrived here when the cutting edge of research was going on,” she says. “It was like I found my home—people with the same mindset about using the body to heal from trauma.” She also trains clinicians and yoga professionals from all over the world.

She describes the satisfaction of seeing yoga become more accepted within the medical community. “We have made huge progress. The Trauma Center’s study [funded by the National Institutes of Health] was published in a psychiatric journal. That took a long time, but we wanted psychiatrists to read it. We didn’t just want other yogis and social workers who knew the benefits of yoga—we wanted people who weren’t familiar with it to see the impact it has.”

Jenn credits her program at Lesley with helping her become more aware of her own feelings and reactions in her work. “It’s really important to unpack your motivation in terms of why you want to do this, what you’re hoping to get out of it,” she says. “If you’re looking for that blissed-out yoga experience, while some clients may have that, it may not be true for everyone.”

As a facilitator, she looks for the small victories as her clients grow into greater self-awareness and confidence. “When people say, ‘I’ve never felt this at ease in my body,’ to me that makes it all worth it.” 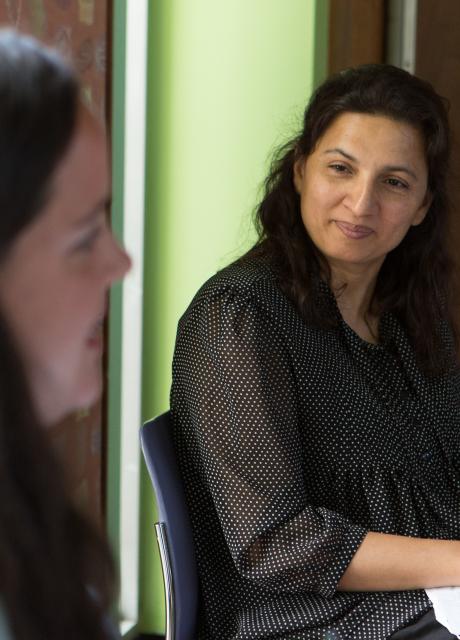 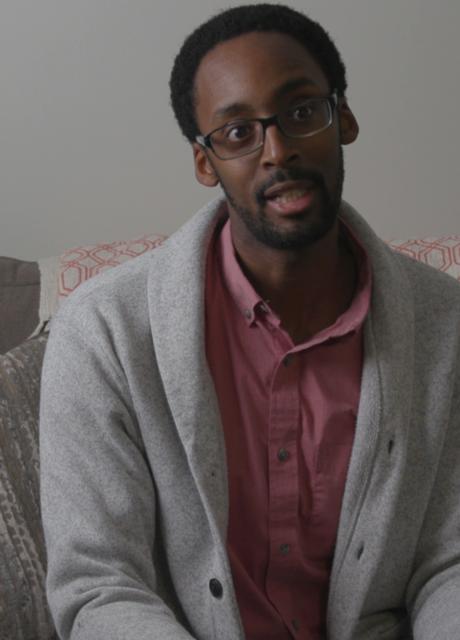