Skip to main content
More at lesley.edu/plan
Fall 2021 Reopening Plans
We will reopen our campuses for classes, activities, and residential living in Fall 2021. Find the latest information on our Fall 2021 Plan page.
StoriesJacob Bannon ’98

Jacob Bannon ’98 is the frontman and founder of Converge, one of the most well-known and influential bands in the Boston hardcore music scene. Converge has received countless accolades in its nearly 30-year existence, including the group’s 2001 Jane Doe record ranking in Rolling Stone’s list of 100 Greatest Metal Albums of All Time. A graduate of the Art Institute of Boston, now the Lesley College of Art and Design, Jacob studied fine arts and design. Since graduating, he has carved out his own place in the fine art and design world while building his reputation as a musician and artist.

Jacob is one hard-working individual. He exhibits at high-profile galleries and studios around the world. Recently, his work was part of a curated group exhibition at the Volcom Garden in Austin, Texas. He also released two albums, one with Converge and the other with his second band, Wear Your Wounds. Additionally, Jacob co-curated the lineup of the four-day Roadburn Festival in The Netherlands, which will include sets from both Converge and Wear Your Wounds.

We caught up with Jacob after the release of The Dusk In Us, the ninth full-length album from Converge, for which he also did the album artwork. The record was released on both Deathwish Inc., the record label he co-founded in 2000, and Epitaph Records. In between stops on his nearly-sold out North American tour, Jacob discussed his undergraduate experience and the changing landscape of the music scene and his own career as a “life” artist.

You started in fine arts as an undergrad, what made you decide to focus on design?

I felt a need to add more structure to the visual skills I was sharpening. As an artist working in a variety of mediums and medias, entering into the design world allowed me to expand on how I could utilize all of those skills under one umbrella.

How did art school—the classes, the culture—prepare you for the career you have now?

It helped me learn to multitask as well as organize my thoughts and turn them into true creative ideas. As to the general culture, it was nice being around a variety of other creatives, regardless of if we were focused in the same direction/style.

When you first became interested in art, what specifically stood out to you about metal or hardcore design that you didn’t see in other music genres or mediums?

Seeing visual character come into play to amplify the story of music was interesting to me. Not just in underground music, which I found appealing, but other subcultures as well. It’s difficult to describe the energy of it all in retrospect, as these were the days before the Internet where many things were not at our fingertips. Back then, as a teen or young adult it was a quest to find things that were of interest to you. When you found these things, they were precious.

What was the Boston music scene like when you started out? How have you seen it change?

I came into it at the end of the golden era of hardcore/punk. Many of my most impressionable years were spent in what I consider a dark time for underground music in the city. Clubs were closing just as I moved to the city and a lot of shows moved out to surrounding towns and cities. In some ways, I really enjoyed that. It forced me to search out things, like travel for shows or dig through used bins at record stores. Nothing was immediate. In order to be a part of it took a certain level of commitment. The scene came back in different ways, but it was never the same as it once was, and will really never be.

What has been the impact on musicians and industry artists?

The largest impact on musicians and artists within the industry has been the marketplace and stage itself. Back then, as a listener you would have to actively work to support them through the purchase of their hard-to-find releases and items. Finding a record or shirt could potentially take you months and months—there was no instant gratification in any sense. Today the mentality has inverted. Everything is essentially free to a certain extent, in terms of media. Artists and musicians work incredibly hard in new ways to convince the public that the art and music created is worthy of financial support. Media no longer has an intrinsic value determined by the fact that it exists physically.

"Artists and musicians work incredibly hard in new ways to convince the public that the art and music created is worthy of financial support."
Jacob Bannon ’98

You’ve described yourself as a “life” artist spanning multiple media. Does one element come first and spur the others? (Say, lyrics leading to visuals. Or, visuals leading to lyrics.)

There is no predictable pattern to how I make things. Sometimes it is driven purely my inspiration, and at other times it can be more complicated than that. I tend not to self-analyze the when and why and just be in the moment when it comes. It all comes from the same place internally, so there is overlap in the ways I work across mediums for sure.

How have Converge and your other projects maintained lasting success?

I don’t see what the band does as something that can be measured by that sort of metric. Success for me is simply making honest art and music. As long as the band is doing that, and I am doing that in my own work, then I am still on track to why I started doing this as a teenager. Life has become more complex, but the heart of it all is the same.

I am never fully happy with anything that I do. I suppose that is one of the things that drives myself as an artist, designer, musician, etc. There is a sense of fulfillment that comes when I feel like I have communicated something powerful within me through the art and music I am a part of. Every record and song has aspects that strike that chord. It’s all a process though, seemingly without end. [At the end of the day], just do what you love to do. Make honest work that speaks to you, that’s the only thing that really matters.

The Sky at Moriarty Library 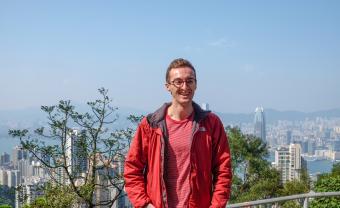