Threshold student races in Head of the Charles

Kristina Gillis, who competed in the Mixed Inclusion division at the famed regatta, "is a symbol of what is possible."

Kristina Gillis, 28, poured hundreds of hours into training and preparation to compete in the world's largest two-day rowing event, the 53rd Head Of The Charles Regatta.

She finished eighth place in the mixed inclusion rowing division on Sunday, Oct. 22, where many family members and friends cheered her on.

“I was so happy,” she recalls. “I felt like I accomplished something, and that made me feel really good.”

Kristina juggled her busy schedule in order to train while also attending classes and working at her internship.

“Kristina is a pioneer and a trendsetter for competing in the Head of the Charles,” says Threshold Program Director Ernst VanBergeijk. “Often people with disabilities are excluded from sports, particularly team sports, so she is a symbol of what is possible.”

Kristina graduated from the Threshold Program in May and is currently enrolled the 9-month Bridge program, during which students live on campus in the residence halls and work in internships. She is studying to be an early childcare teacher.

This was Kristina’s second time competing in the Head Of The Charles, having raced in 2015 in the same division. She has been rowing for nearly nine years and practices at Community Rowing, Inc. Now she’s focused on training for the C.R.A.S.H.-B Sprints Indoor Rowing Championship at Boston University in February.

Taking the plunge to fulfill a decades-long dream 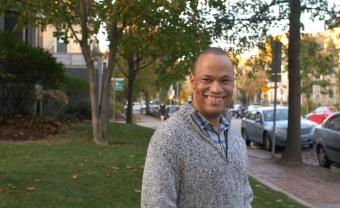