Plants are people, too.

A capacity crowd turned up Monday evening in Marran Theater to hear botanist and author Dr. Robin Wall Kimmerer discuss flora and fauna — even the planet itself — as teachers capable of guiding humans to healthful and harmonious living.

Kimmerer, a distinguished professor of teaching in the State University of New York’s College of Environmental Science and Forestry, explained that her perspective on “Mother Earth” is informed both by her scientific training, as well as her respect for the ancient wisdom of her Native American heritage. The professor, who is of European and Anishinaabe ancestry, as well as an enrolled member of the Citizen Potawatomi Nation, said she encountered hostility to her view of plants during her early years in academia.

“I wanted to know why (flowers) were so beautiful” and “why they made medicine,” she said. Instead, her advisors told her, “My dear, that is not science,” but they promised to teach her the accepted, conventional science of botany.

So, she conformed, immersing herself in the Western methods of scientific inquiry, learning the Latinate names of plants her elders identified by more functional yet poetic names, like “Heals All” (Prunella vulgaris). She pursued her studies, she said, “all the while knowing I was leaving something behind, but I didn’t know what it was.”

As her studies progressed, she realized what she had discarded in order to fit in: the ancient wisdom that all the beings of the earth, from plants to animals to humans, possess inherent worth and have something to teach.

Her realization, her philosophy, is exemplified in her 2013 collection of essays, “Braiding Sweetgrass,” which was selected as the common text for this year’s CLAS Reads, an annual program for first-year students in our College of Liberal Arts and Sciences (CLAS).

Kimmerer explained the book’s title, saying sweetgrass is considered sacred, as “the hair of Mother Earth,” and that braiding hair is a sign of affection and respect. And humans need to adopt a more affectionate, respectful relationship with the earth.

In the Western, purely scientific view of botany, the ecosystem isn’t a community; instead, plants are reduced to individual “machines,” ideal for use and exploitation by humans at the top of the global hierarchy. She illustrated this with a slide of a totem pole, talking about how Western science considers plant life “low man on the totem pole.”

However, Kimmerer said, that idiomatic expression betrays ignorance of the tradition of totem-making. To the Western observer, the totem at the top is dominant, but indigenes know the real “position of honor” is at the bottom, as that’s the totem holding everything else up.

“Who else can take light and water and air and turn it into food?” Kimmerer posited, “And they give it away!

“Generosity is taught to us by the plants because of the way they are always sharing and healing.”

In response, we who don’t think of them as human but refer to plants as “it,” reinforcing a devaluing hierarchy.

“We ‘it’ the living world, don’t we?” she said, adding that it “is the word for objectification” and evidence of “linguistic imperialism.”

“When we say ‘it’ about something, it sets it outside our circle of compassion,” she added.

But even when we mean well, we often fall short. She chides a new focus on “sustainability” as missing the mark, despite best intentions.

“Sustainability just seems like a way to just keep taking,” she said, as it considers humans “not as givers, but consumers.”

Instead, she advocates TEK — traditional environmental knowledge — and an attitude of reciprocity and gratitude for the gifts of plants: food, textiles, paper, oxygen and, of course, medicine.

“The aspirin for your headache? Her name is Willow, and she lives by the pond,” Kimmerer said, challenging audience members and all of us to consider “what the earth asks in return.”

“Our grandparents probably knew the names of hundreds of plants because they had to,” Kimmerer said. In contrast, today we know 100 corporate logos by sight, but maybe 10 plants.

“And one of those is ‘Christmas tree,’” she deadpanned. “That would be nine.”

Coupled with knowledge is a humane approach to resource gathering, or “the honorable harvest,” where the first berry is never picked, and we take only what we need after asking the earth what it can share, whether we’re seeking strawberries, water from a river or fuel.

“We are called to give our gifts in return,” Kimmerer said. “Justice is not only for us, but for all creation.” 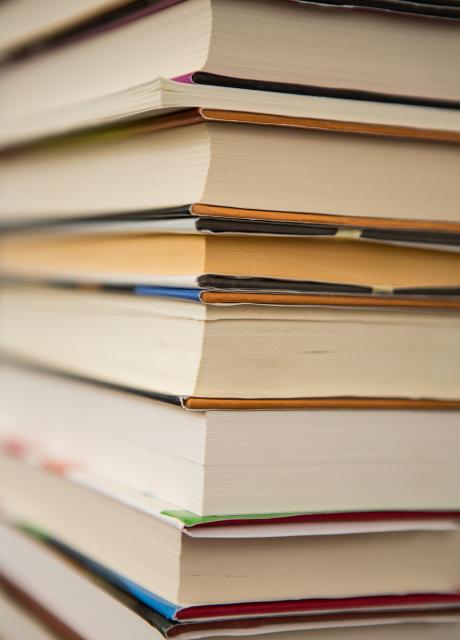 Seeing the world through America’s eyes

Acclaimed author and foreign correspondent aimed to research Middle East, but discovered our country’s problems, instead
Read more about Seeing the world through America’s eyes

Urban Ecology Research in the Field

Participate in biodiversity studies and contribute to the growing knowledge of how humans and urban ecosystems interact with each other.
Learn more about this biodiversity study.
email facebook twitter
29 Everett St, Cambridge, MA 02138
617.868.9600