Each week in his “Martin Memo” to staff, Principal Craig Martin calls out examples of the growth, innovation, excellence and collaboration he witnesses at his school.

His leadership philosophy is guided by three key principles: “The power of feedback, publicize the praise and joy matters!” he says.

Earlier this month, Martin was named Massachusetts Elementary Principal of the Year by the Massachusetts School Administrators’ Association.

“It feels very powerful to know that you’re recognized,” said Martin, who graduated with a master’s degree in education from Lesley in 2007. He began his career as a teacher and technology specialist in Boston Public Schools and went on to become the principal of the Michael J. Perkins (MJP) School in South Boston, where he has served for the last five years.

Described as a compassionate, forward-thinking visionary and innovator, Martin has built strong relationships among the staff, students and families in the Perkins community by creating an equitable, safe and welcoming environment for all who come into the school.

“Craig is a remarkable human being and educator who has always been on the path of making a difference. I’m so grateful that the people around him see it too and recognized his important work in Boston with this wonderful award,” said Lesley Assistant Professor Sue Cusack.

The award also recognizes his work to create a culture of praise and affirmation for students. When they come in the door each day, students get high fives from at least four faculty and staff who know their names.

Additionally, there are attendance competitions between classes to encourage kids to come to school as well as celebratory parties.

With students arriving from all over the city, Martin said, “It is always quite the campaign to make sure our kids are coming to school. I think it’s been powerful that every mind, every heart, every hand is on deck to try to make our kids come to school, and when they do come to school, they feel like they’re part of the family.”

The constant encouragement under Martin’s leadership has resulted in a 50 percent drop in suspensions and a 22 percent decrease in chronic absenteeism from 2012 to 2017.

In a district serving economically disadvantaged students, where almost one-third of the pupils speak a different language at home, Martin has seen standardized testing scores improve, with Latino students and English language learners surpassing the state average in English language arts and mathematics.

Martin’s other initiatives include a partnership with Boston Children’s Hospital to provide training for teachers that promotes social-emotional learning and to build a sense of safety for students. He also established the My Brother’s Keeper Success Mentors Program, modeled on an effort former President Barack Obama started. The school encourages physical fitness through the MJP Morning Mile Program.

In addition to earning the Thomas C. Passios Principal of the Year award, Martin will also represent Massachusetts in the National Distinguished Principal Program sponsored by the National Association of Elementary School Principals in ceremonies held during October in Washington, D.C.

Professionally, Martin has presented at the Coalition of Schools Educating Boys of Color conference and organized the Brown Boys EdCamp for educators. He is the co-founder of the Boston Public Schools Leaders of Color and president of the Boston Elementary Principals Association.

Martin will receive his award for Principal of the Year at the school at a date to be determined, as well as at the Massachusetts School Administrators’ Association Summer Leadership Institute at the end of July. 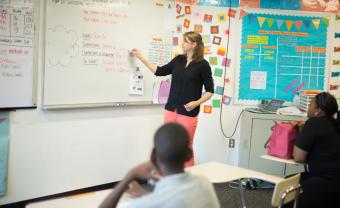 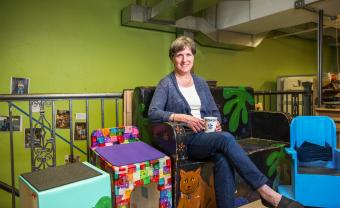