Back in the saddle again

After collision with car, cycling IT guy Brendan Walsh sets out to break world record

Five weeks out from a 2,200-mile bike trip from Key West, Florida, to Lubec, Maine, Brendan Walsh’s plans came to an abrupt and painful stop. Walsh, the classroom support manager in our IT Department, was on his regular morning 30-miler when a driver took a sudden left turn, leaving him with no time to brake. Both Walsh and the car were going at least 20 miles an hour, and the 26-year-old doesn’t remember much about the accident except the sound of a window smashing, and him flying through the air and landing on his back.

With a torn meniscus, concussion, bruised bones, sprained ankle and whiplash as well as a bike with bent handlebars, fork, frame, and front wheel — Walsh had to put his journey on hold.

“I couldn’t even leave the house. I had such bad anxiety for days after that,” says Walsh, the memory not yet three months old. He credits meditation with getting him past the “anxiety wall” caused by the accident, but it still took months to get back up to speed. In addition to regular physical therapy, he began stretching out the knots left by the crash. He then moved on to swimming, then short bike rides around his neighborhood, then around the Charles River.

“With what I’ve gone through now, I feel more mentally equipped to deal with challenges that come my way,” he says. “For me it’s a constant pursuit of seeing what you can do and how far you can push yourself.”

Around July 4, he finally logged a 100-miler. He’s now up to about 450 miles a week. (Even with the crash, Walsh has pedaled 6,000 miles outside this year.) And he is, again, five weeks out from his epic trip, with a new mindset and a new, potentially record-setting, route.

The training is crucial because the ride south will be grueling. To set a Guinness World Record, Walsh has 12 days to travel from Madawaska, Maine, to Key West, averaging 196 miles a day over 14 to 15 hours on his new steed, a souped-up road bike he named John Quick, a play on the John Wick movies starring Keanu Reeves.

Walsh admits to being woefully unprepared for his first long-distance ride, a cross-country trip from the East Coast to the West Coast in 2017. When he left on that venture, he brought extra cookware and a guitar, neither of which crossed the Great Divide. “That was a huge learning experience for me,” says the vegan cyclist, who travels much lighter these days.

Read about Walsh's 3,800-mile journey from the east to west coast.

His old bike weighed in at 42 pounds. His new one is almost half that, and he’s only packing one extra pair of cycling shorts, his GPS, a “bivvy” (bivouac sack) to sleep in, bike maintenance supplies, and as much food and water as he can carry to the next town.

The trip will cover new territory for the New Englander who has never been farther south than New Jersey. “I feel super lucky that I get to see all these beautiful parts of the country,” he says. Traveling on state highways and back roads will give him a rich view of the landscape.

“These secondary highways really paint a better picture of what each pocket of society looks like. In your car, you don’t interact with anything. When you’re on a bike … you smell everything, you feel everything, you notice things that you drive by every day that you would have ignored otherwise.”

He also looks forward to using his platform to promote mental health. Walsh wants to raise $10,000 for the National Alliance on Mental Illness, as someone who has lost friends to mental illness and had his own struggles. The fundraiser was one of the primary reasons he got back on his bike.

“I feel more determined than ever,” says Walsh, who has no reservations about the upcoming trip. “You’re gonna have hills and headwinds, but you’ll also meet nice people and have tailwinds some days.”

Walsh plans to leave Maine on Sept. 30. Read more about his trip and track his progress, which will be updated via his GPS tracker every 10 to 20 minutes, at www.bicyclebrendan.com. 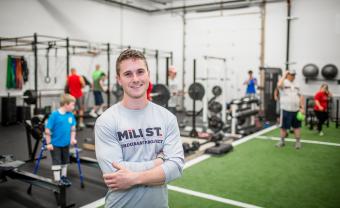 Physical education should be a 'core subject' 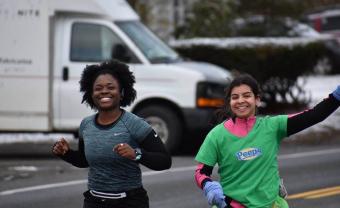