The Case for Universal Pre-Kindergarten

Why expanded access to pre-kindergarten will benefit society as a whole.

How Prekindergarten Can Improve American Education

Around the world, most industrialized countries have embraced the idea of universal prekindergarten. In the United Kingdom and Japan, for example, participation is close to 100 percent. In the United States, the situation is more complicated. While 43 states provide prekindergarten options for low-income families, only 32 percent of all 4-year-olds and 5 percent of all 3-year-olds were enrolled in state-funded prekindergarten in 2016, according to the National Institute of Early Education Research (1).

Public support for universal PreK is substantial and bipartisan: 90 percent of US voters agree with the idea of providing federal money to the states that would give low- and moderate-income families greater access to high-quality early childhood programs (2). Still, early childhood educators express concern about aspects of universal prekindergarten, even as they try to stay hopeful about its implementation.

The worry is that people will expect the programs to be “first grade for 4-year-olds,” says Ben Mardell, former faculty member in the Early Childhood Education programs at Lesley University’s Graduate School of Education. He explains that it won’t work to simply “sit 4-year-olds down and drill them on letters and numbers. Children this age learn through play and active, integrated forms of learning,” he says. “Their developmental needs are different.”

Another concern is how these programs will measure academic outcomes. While accountability is necessary, federal money comes “with strings attached,” says Lisa Fiore, professor of early childhood education at Lesley. “We don’t want to see prekindergarten become another area in which we’re introducing the stress of testing. We don’t want to kill the joy of learning.” Instead, she says, “high quality programs give children opportunities to follow their curiosity, learn how to relate to others, and gain skills in emotional and physical self-regulation, before they enter kindergarten.”

In the best-case scenario, universal prekindergarten promises to benefit not only participating families, but also American education and society as a whole. If implemented, it could:

Advocates say that gains made in prekindergarten continue throughout grade school and into adulthood, with more children staying in school, out of jail, and earning more during their lifetimes than their peers who did not attend prekindergarten. This contributes to family stability, less crime, and greater upward mobility, all of which benefit society.

Make the best use of limited education budgets.

Spending on early childhood education is “the best return on our investment, because it costs so much less than mediation down the road,” says Mardell. Some studies have shown that for every $1 of taxpayer money invested in universal prekindergarten, the nation could save more than $7 in the future (3)—that’s the cost of helping children who have fallen behind catch up to their peers through remedial classes or by having them repeat a grade. Also, by identifying children with learning disabilities before kindergarten, school districts can provide services earlier and potentially reduce the need for special education in the elementary grades.

“Children learn from one another as much as from their teachers,” says Mardell. By providing prekindergarten to middle- as well as low-income families, “you’re breaking down the stratification of society, so people can see everyone as fellow citizens.” The research, he says, backs this up: a mix of socioeconomic groups positively affects educational outcomes. Fiore adds, “We know that bringing together different groups reduces bias and increases tolerance."

Make the US more competitive with countries that provide universal prekindergarten.

Quality prekindergarten programs are credited with producing significant increases in student performance in math and reading. US students continue to perform poorly compared to their counterparts in countries such as China and India—two nations with rapidly growing economies. For the United States to stay competitive in the global economy, schools will be increasingly called upon to prepare children to be effective contributors in the workplace.

Read more about our students, faculty, and alumni. 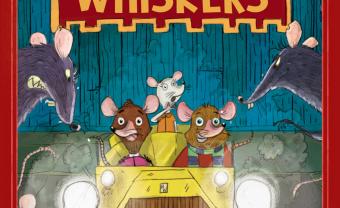 Get kids to look away from screens and read books

Washington Post
Alumna Erika Christakis encourages adults to create a reading-friendly environment.
Read more about Get kids to look away from screens and read books
News

Belmont Citizen-Herald
"This position gives me an opportunity to apply the work that I do everyday at Lesley University in my home community..."
Read more about School Committee gears up for busy new year
email facebook twitter
29 Everett St, Cambridge, MA 02138
617.868.9600