Inside the Animal Mind with Gay Bradshaw

Could wildlife benefit from psychologists? Uncover the answer in our undergraduate science course that delves into animals' capacity to think and feel.

Psychology: Not just for people anymore?

Scientists have been studying, and debating, if animals can think and feel for decades. Recent news suggests this conversation is gaining steam.

Ringling Bros. and Barnum & Bailey circus eliminated their elephant acts, ending 100+ years of tradition. SeaWorld is stopping its killer whale shows and orca-breeding program. Both events resulted from public pressure and concern for the animals’ physical and emotional welfare. Around the same time, Animal Sentience, a new peer-reviewed journal focusing on the ability for animals to feel, was launched.

A major contributor in this discussion about the animal mind is ecologist and psychologist Dr. Gay Bradshaw. Bradshaw, an adjunct faculty member in Lesley's Natural Sciences and Mathematics Division was the first to talk about animal trauma and recovery.

For Bradshaw, it began with rhinos and elephants

In 1996, Gay Bradshaw was on a team of scientists that went to South Africa to study lions. The country was trying to boost ecotourism and wanted to bring back the animals that had been killed off. While there, she heard about a phenomenon happening in the wildlife parks—the murder of about 50 rhinoceroses over the past few years. (This number would reach over 100 by 2001.) You might assume it was poachers looking for rhino horns to sell, but their horns were intact.

It turned out that young male elephants were attacking the rhinos...but why? Violent elephant behavior toward humans and other animals, once unusual for the herbivores, was starting to happen in Africa and other parts of the world.

Bradshaw wondered, ‘Who are these elephants? What is going on in their minds?’ She had her PhD in ecology, and, in 2005, went on to earn a doctoral degree in psychology. She applied what she knew about the human mind to elephants and diagnosed the young male elephants with Post-traumatic Stress Disorder (PTSD). This led to her establishment of the groundbreaking field known as trans-species psychology.

Trans-species psychology is based on research in neuroscience, psychology, and evolutionary biology that shows non-human and human animals have similar brains, and therefore, have similar emotions, desire for free will, and ability to think. They, like us, can love, possess individuality, grieve, communicate, socialize, experience consciousness and culture, suffer, and empathize.

“Historically, ethology—the science of animal behavior—has been used to study non-human animals,” Bradshaw explains. “It’s based on what we can observe the animal doing, but it doesn’t tell the whole story. Most people trained in animal behavior aren’t thinking about animals’ emotions,” she says.

On the other hand, Bradshaw explains, psychology—where we talk about feelings and how experiences affect behavior—has been reserved for people.

Bradshaw’s research with elephants flipped this thinking on its head. 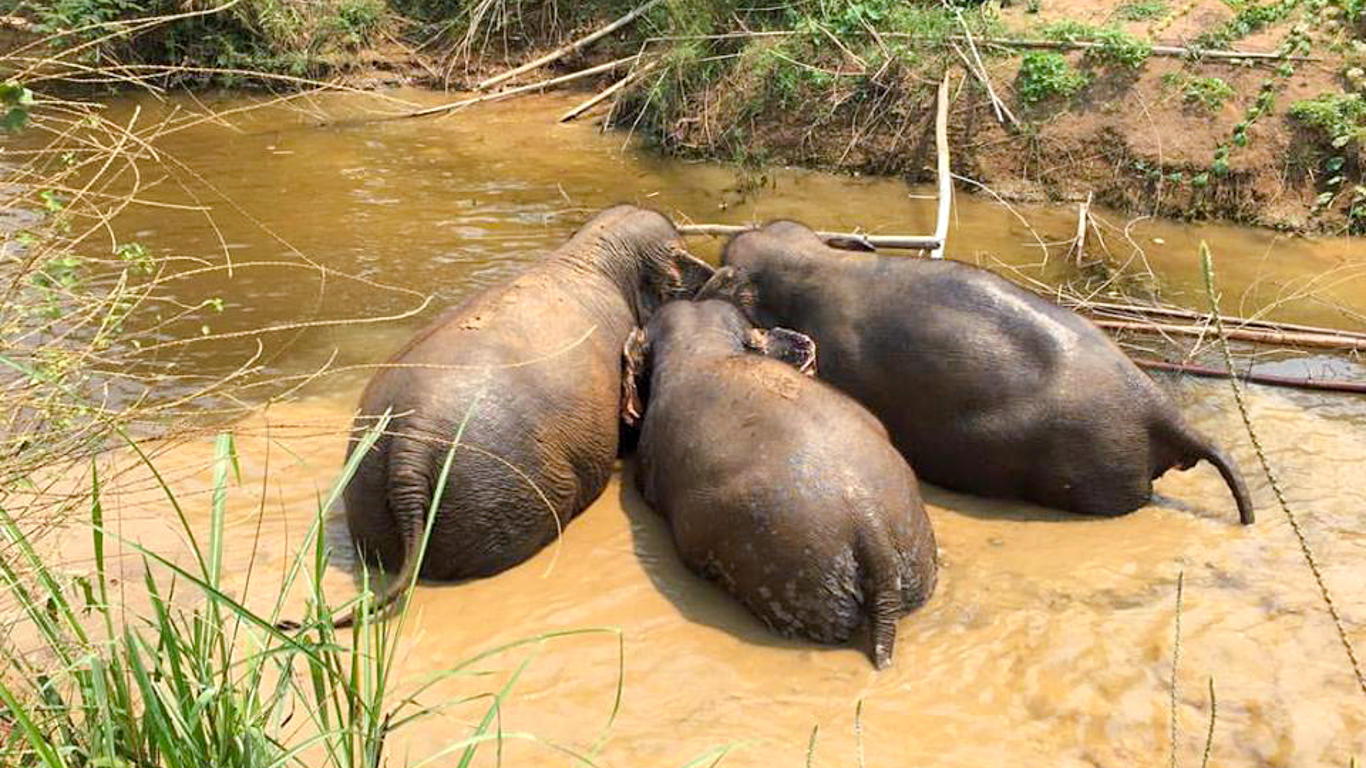 Elephant trauma at the core of trans-species psychology

As told her in book, Elephants on the Edge: What Animals Teach Us About Humanity (Yale University Press, 2009), elephants have tight-knit social structures. When elephants experience human-caused trauma, such as witnessing their family members being killed, they suffer from Post-traumatic Stress Disorder (PTSD).

Her work shows that the psychology of non-human animals mirrors that of humans and when animals experience trauma, their symptoms are similar to ours. Like humans suffering from trauma, elephants and other animals may act out violently, harm themselves, or become depressed or withdrawn.

"PTSD is the only diagnosis of a mental disorder with an external cause; it happens because something has happened to you," she explains. The elephants that committed the murders had witnessed mass culls of their families, and poaching. The rhino killings were a consequence of the breakdown of elephant culture.

On a happier note, trans-species psychology uses what we know about trauma recovery to help animals. Bradshaw’s animal sanctuary in Oregon, The Kerulos Center, is home to 30 creatures and provides training for people who want to work in sanctuaries. The Center has partnered with sanctuaries in Thailand and India where traumatized elephants—former performers, loggers, and trekkers—are now healing. 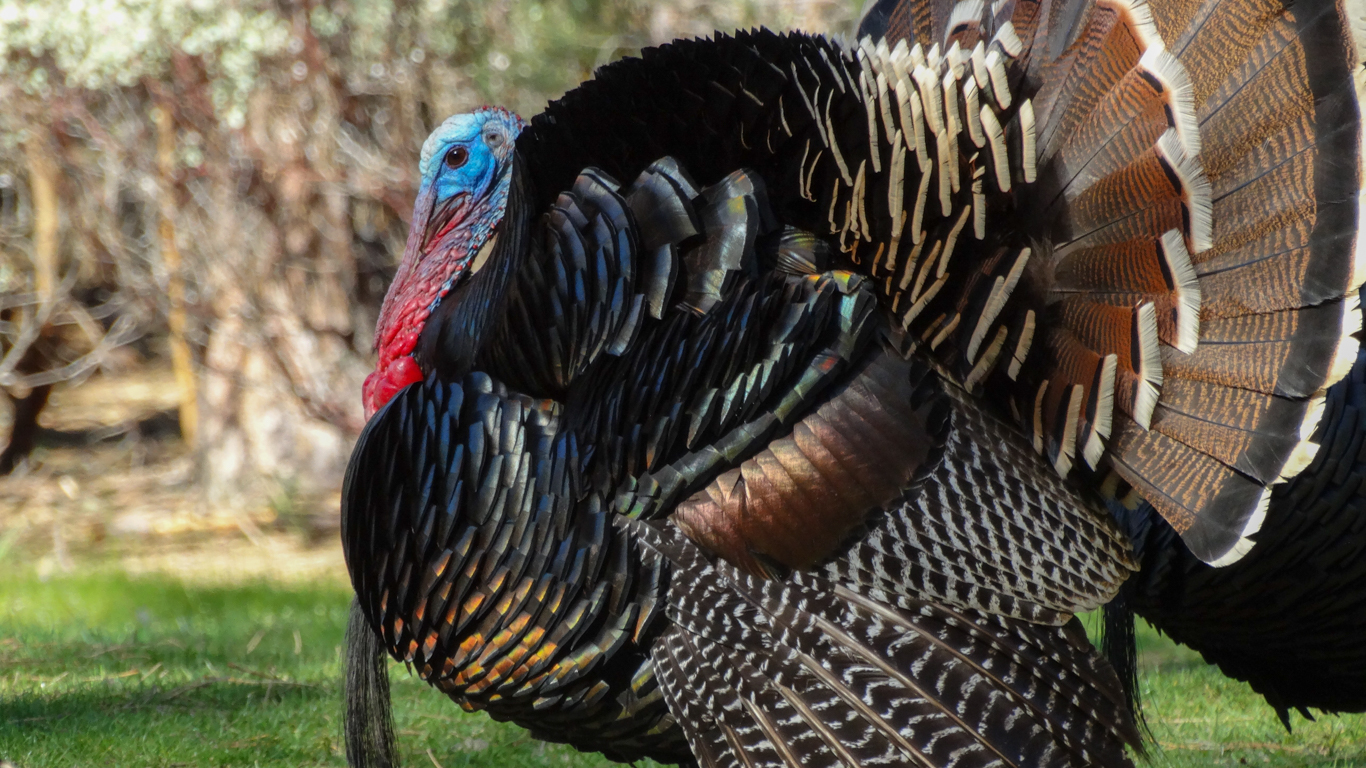 Do turkeys and rabbits have friends?

Bradshaw’s discovery of PTSD in elephants brought all vertebrates (and some invertebrates) under one category of trans-species psychology. Her work is changing the way we view and treat wildlife. But science still warns us not to anthropomorphize—to ascribe human traits to animals. This doesn’t concern Bradshaw because the neurosciences support the idea of animal emotion, and not only for elephants.

She’ll tell you that if you take a rabbit to the vet, you’d better bring along his buddy to comfort him. She can also recount a time when she witnessed turkeys demonstrating compassion.

“A turkey that had been hit by a car was having a tough time roaming because of his injury. It was ‘hook-up’ time for turkeys, and everyone was courting, except for him and 5 of his male friends. They walked with him; kept pace with him; stuck by him. This is not the first time I’ve seen this. And, if neuroscience predicts this behavior, and it is observed, then it is valid data,” she says.

But more importantly, Bradshaw says, trans-species psychology exposes an inconsistency in science: We use non-human animal subjects for medical research because they have similar “brain stuff” as we do. At the same time, the criteria making animals suitable human surrogates are the very criteria used to ban certain research on our own species because it would be unethical. “This is illogical,” she argues, making the case that if animals “have what we have, then we cannot deny them rights." 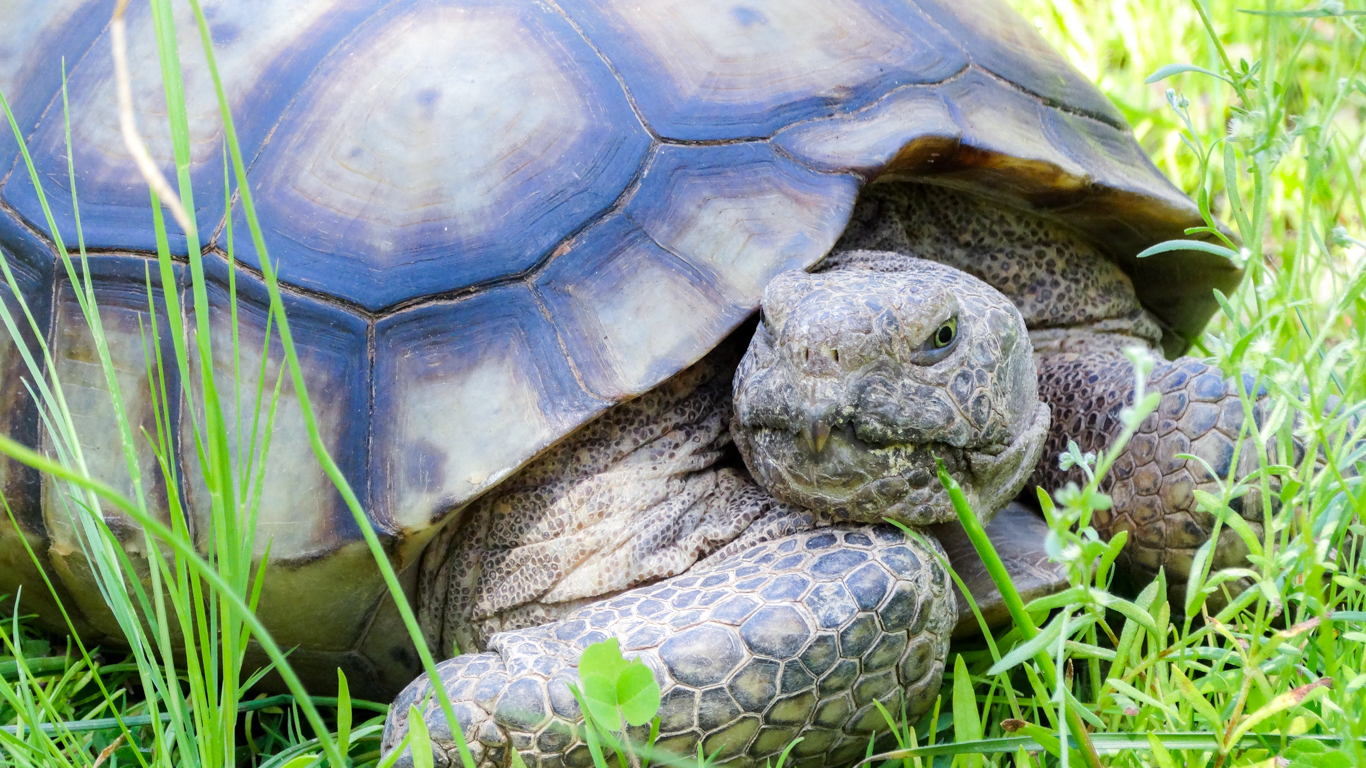 Learning about animal feelings, and healing

If you take the course, you’ll study how the brain and mind develop, and explore the science of animal thinking and feeling. You’ll learn about elephant PTSD, rats that won’t push a lever if doing so hurts their friends, parrots who have committed suicide in zoos, and captive orcas in despair.

You’ll also discover how animals can heal, and how you can make a difference.

Science and Mathematics Chair David Morimoto introduced Bradshaw to Lesley University. He believes it'll take science a while to accept that animals have feelings, but it's an important perspective for our students.

“We have to think of it as a continuum when it comes to cognition and emotions. We always hear about the danger of anthropomorphism, but we need to think about the danger of anthropocentrism—the idea that humans are the center of it all. We need to break boundaries to understand how everything comes together. We learn about ourselves by studying creatures. And every time an animal becomes extinct, we lose an opportunity to understand ourselves,” he says.

Students volunteer at a shelter, farm, or sanctuary while taking the course. Ellen Breslin, a Biology major, took the course while interning at Drumlin Farm Wildlife Sanctuary in Lincoln, Mass.

“In most science classes, it’s about what we can observe. I took an amazing animal behavior class, but we only talked about what the animals were doing. In Animal Minds, we use the same observations, but we talk about what the animals could be thinking and how their feelings might affect their behavior. This approach makes more sense to me,” Breslin says. Due to the course, Breslin says she is more attuned to the psychology and history of the animals she works with at Drumlin.

Sabrina Adamson, a psychology major, says the course opened her eyes. “I’ve come to realize we’ve drawn a line between animals and humans, and have appointed ourselves as the supreme beings that walk the earth. This has caused a disassociation of feeling toward animals, and because of that, we've caused harm to our planet,” she says. “I didn’t consider animals as feeling beings. Now, I approach animals more empathically and I have a deeper connection with them.”

This is all Bradshaw could hope for—for students to apply the content in their lives and use it toward positive change. Morimoto agrees. “We’re not just offering curriculum so you can get a job, it’s about our world and what our world needs,” he says.

Animal Minds is an elective online course that runs in the Spring semester. It's offered through our Division of Natural Sciences and Mathematics, but it’s open to undergraduate students in all majors.

Dr. Bradshaw has been published in several scientific journals, including Nature, and American Scientist. Her second book with Yale University is about the psychology of white sharks, rattlesnakes, crocodiles, pumas, and other carnivores: Beyond Tooth and Claw: The Nature of Carnivore Minds (2017).