Think about your classroom. Now picture your students. Chances are that one out of every five has been bullied. As an educator, what can you do about it?

According to the National Center of Education, as of 2016 more than 20 percent of students reported being bullied.

It’s a staggering statistic; especially considering the many ways bullying can affect students’ wellbeing. Targeted children often suffer from poor performance in school, sleep issues, anxiety, and depression. And let’s not forget the students doing the bullying—they’re at a much higher risk for a whole host of issues that could extend into adulthood, ranging from violent behavior to substance abuse.

As an educator, what can do you to make an impact? How can you create a classroom climate that prevents bullying, but also put interventions in place that stop the behavior in its beginning stages? We talked to experts in education and mental health counseling to come up with these six strategies.

When students are able to approach ideas and problems from multiple perspectives, they’re less likely to bully others.

From the earliest ages, students should participate in activities that boost social-emotional learning. As a teacher, find ways to help children understand and appreciate their identity as well as others’. To do this requires empathy and kindness, two skills that educators like Susan Patterson, who leads a cyberbullying course at Lesley University, believe can be taught.

“Empathy is the ability to put yourself in someone else’s shoes, and teachers need to embed this skill into their curriculum,” says Patterson. “We need to do identity work with children early on so that kids know who they are and who everybody else is and what their place is in the world.”

One way to do this is to have kids get together and talk about their differences. Allow them to practice conflict resolution, work through problems, and build their understanding of those around them.

Fostering a sense of community in your classroom can lower bullying incidents and facilitate healing for targeted students.

Research shows that when targeted students feel connected to peers, they’re better able to cope with being bullied. Studies also indicate that teaching students to speak up when they witness bullying behavior, and to take a stand against it, can reduce future bullying situations by more than 50 percent.

“It’s all about connection,” says Nancy Beardall, who created and implemented a bullying prevention curriculum in Newton Public Schools. “When students feel connected to their peers, their school, and their community, they do better.”

In the classroom, start by creating a safe place for students to express themselves and feel heard. Cultivate students’ abilities to advocate on behalf of themselves as well as others. Outside of the classroom, facilitate opportunities for positive reinforcement by helping students get involved in afterschool activities that align with their hobbies and interests.

Researchers have found that small behaviors can often signal the beginning patterns of bullying. Often missed by educators who already have so much on their plates, these indicators, called  “gateway behaviors,” can be difficult to detect. But, if you can recognize them early on, there’s a chance you could prevent bullying behavior from developing down the road. As an educator, here are some of the key behaviors you should take notice of:

While these behaviors may not be classified as bullying, putting interventions in place now could mitigate the likelihood of them growing into something more problematic. “The research would imply that [these behaviors] lead to bullying, and that if we can stop kids here, then we’re going to go a long way to stopping the problem,” says Patterson.

"If we live in a culture of bullying, we have to be so much more diligent about making sure it doesn’t go down to the classroom.”
Susan Patterson, Graduate School of Education

4. Use the arts to create context.

The arts can be a powerful tool for helping young people see situations from different perspectives. Using drama, literature, and the visual arts as a vehicle for conversation, educators can help students understand the negative impact of bullying. Erika Dawes, early childhood literacy professor at Lesley, does this using the storybook Each Kindness by Jacqueline Woodson.

“Each Kindness is the story of a young girl who engages in bullying behavior toward a classmate,” says Dawes. “It’s not a typical story in that there’s not a happy ending. This means students are left with conflicting emotions. And this ambiguity is perfect place to enter into conversation.”

After reading to students, Dawes holds an open circle conversation. Drawing attention to issues raised in the story, she creates a safe and open atmosphere for students to talk about bullying. In this way, she’s able to contextualize bullying behavior that happens in the classroom without highlighting specific events.

It’s a truth that most teachers don’t like to talk about: Educators can be bullies, too. And when teachers feel bullied by colleagues, their students can also become negatively impacted.

“There are schools where there is bullying within the adult culture,” reflects Patterson. “In the courses I teach, my students tell me that they feel bullied by other teachers, assistant principals, and department heads. If we live in a culture of bullying, we have to be so much more diligent about making sure it doesn’t go down to the classroom.”

In order to stop the spread of bullying from the leadership level down to students, start by looking within your own classroom. After a bad day or tense interaction with a colleague, try not to bring negativity into your teaching. Focus your energy on cultivating a learning environment built on positivity, openness, and support. And be sure to advocate for yourself by talking with supervisors or HR professionals about issues in your school’s culture that compromise your ability to be a fully present and effective educator.

Theorizing about how to prevent and respond to bullying in schools is one thing. Witnessing it for the first time is entirely another. Without adequate pre-service training, it can be difficult for new teachers to know exactly how they’ll react when bullying situations arise. At Lesley University’s Graduate School of Education, faculty are doing something about it.

In the mixed reality lab, pre-service teachers are bystanders in a bullying scenario. On their feet, they’re asked to respond to the situation and facilitate a solution. According to Creegan-Quinquis, participants are often surprised by how difficult the exercise can be.

“For many of them, this is the first opportunity in their life to actually be in a room and experience [bullying], and be asked to negotiate through those feelings,” says Creegan-Quinquis. "What an electric experience it is when you’re wide awake enough to see it happening.”

Bullying Prevention Resources
For more information on ways to prevent and respond to bullying in schools, review these resources. 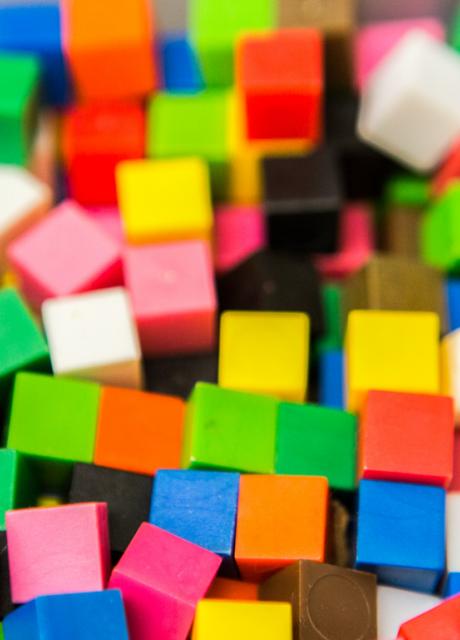