Understand the present by engaging with the past.

Discover the ideas, works, and movements of the past that inform our culture. Get an education that prepares you to make an impact. With Lesley University’s online BA in Interdisciplinary Humanities, the possibilities are endless. Learn foundational knowledge and skills through coursework that covers a wide range of approaches and perspectives. This program enhances the cultural knowledge, critical thinking, research, and writing skills you need to take the next step in any career.

In this program, you’ll explore history, literature, languages, and art that have helped shape society. Through a survey of the humanities, you’ll learn to:

No matter what your career goals are, the skills you gain through a dynamic education in the humanities help you prepare for success.

120 Credits
View Program of Study
Program Structure +
Request Information
What are the benefits of an online bachelor's degree program?

Because this program is offered in a convenient online format, you have the flexibility to study when and where you want. You’ll learn in a virtual community that supports you, with interactive elements like chats and discussion forums that keep you connected. With access to the latest online learning tools and educational resources, you can be sure you’re getting everything a Lesley education has to offer.

of our 2018 graduating class is employed or furthering their education. 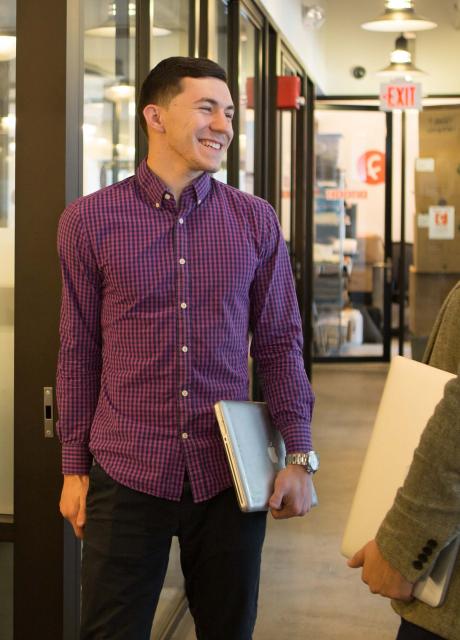 "My professors were creative and inspiring. . .

And because my classes were small, students had the flexibility to develop unique skills and follow individual interests."

Every student who earns an undergraduate degree from Lesley is eligible to receive 12 graduate credits, 100% free. That's potentially over $13,000. And that's not the only way to make your graduate degree more affordable.
Graduate Financial Aid & Scholarships
Interdisciplinary Humanities
Career Paths
Lesley’s online liberal arts degree prepares you for a wide variety of career opportunities after graduation. You’ll complete coursework that qualifies you for careers in: 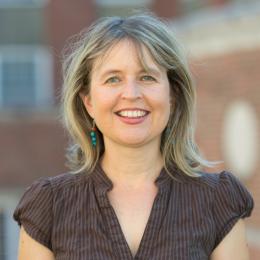 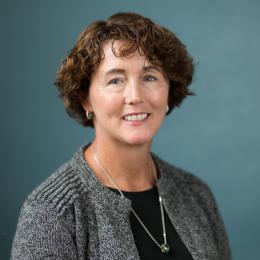 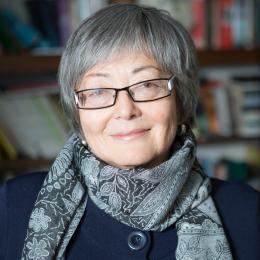 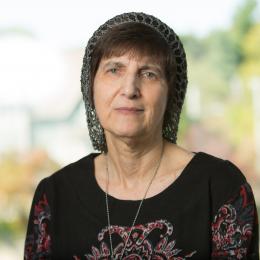 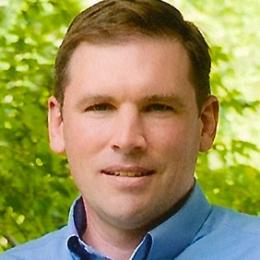 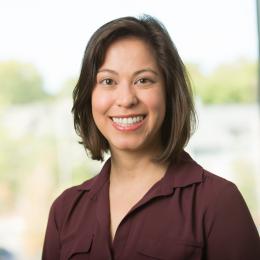 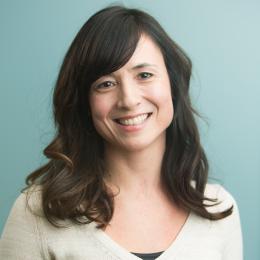 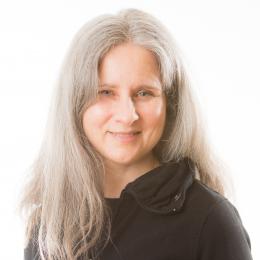 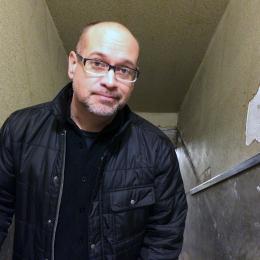 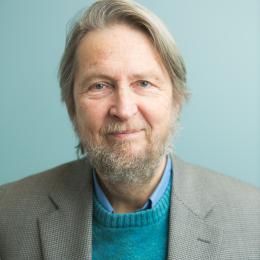 Liv brings expertise as a musical theater lyricist/book writer, theater director, screenwriter, songwriter and singer, theatrical producer, and performer. She holds a BS in Theater and English from Skidmore College, as well as an MFA in Musical Theater Writing from NYU’s Tisch School of the Arts.

Mary Dockray-Miller (Dr. D) combines lectures, all-class discussions, and small group work in her classes to foster an academic environment that relies on student inquiry and engagement in the pursuit of academic excellence.

She teaches classes in the English major core, Medieval Studies, and the History of the English Language. Her research spans both the Old and Middle English periods.

Her most recent book is Public Medievalists, Racism, and Suffrage in the American Women's College (Palgrave, 2017). This short monograph, part of growing interest in the study of nineteenth-century medievalism and Anglo-Saxonism, closely examines the intersections of race, class, and gender in the teaching of Anglo-Saxon in the American women’s colleges before World War I.

Her current research explores the intersections of feminist and critical race theory around the Old English poem, Exodus.

And what fictional character does Dr. D think most exemplifies her? Professor Minerva McGonagall, of course!

She holds a BA from Vassar College, an MAT from Boston University, and a PhD from Loyola University.

Donna L. Halper is a former deejay, music director, and radio consultant, who spent more than three decades in broadcasting before reinventing herself as a professor.  She came to Lesley in 2008 to develop and teach courses related to the study of communication and media, including Media Analysis, Introduction to Communication, and Introduction to Journalism. A devotee of a school of thought called Media Ecology (which focuses on the media as environments), Donna’s teaching is informed by her knowledge of popular culture, media history, and media effects.  She is the author of six books and many articles, and she has been widely quoted by reporters seeking information about local and national media trends.  Her research interests include the study of representations of women and minorities in media; early baseball history; and unsung heroes and heroines in the history of broadcasting.  Donna is often a guest on local radio talk shows, and she has also been heard on a number of podcasts: her 2017 appearance on the Sound Off podcast became that program’s most downloaded episode of the year: https://www.soundoffpodcast.com/single-post/2017/10/03/Donna-Halper-Radio-Religion-and-Rush

In addition to teaching, Donna is the editor of the Lesley Public Post (Lesley’s student newspaper).  She is also a blogger, and a free-lance writer.  She has given many guest lectures at libraries, civic organizations, and other universities. And she is known for having discovered the classic rock band Rush, who dedicated two albums to her; she can be seen in the 2010 documentary “Beyond the Lighted Stage.”  Donna’s hobbies include reading, stamp collecting, and collecting rare memorabilia about media history.

Read Full Bio
Most Recent Publications,
In the News

Dr. Lamothe is an African historian and documentary filmmaker, and the author of Slaves of Fortune: Sudanese Soldiers and the River War (James Currey Press, 2011). His areas of interest include Northeast African history, Sudanese history, military slavery, the Scramble for Africa, the British Empire, and Africa in film. His documentaries The Political Seuss and The Call of the Wild have been screened worldwide at film festivals and broadcast nationwide on PBS. He holds a BA from Tufts University, an MA from the University of Massachusetts Amherst, and a PhD from Boston University.

Professor Lowe is a historian with research and teaching expertise in both international and European history. At Lesley her courses cover the history of twentieth-century genocides, international law and human rights, and humanitarian social movements. Her courses incorporate innovative forms of history education, such as the award-winning historical role-playing games from Reacting to the Past.

Professor Lowe’s research focuses on the influence of transnational social movements on international law, foreign aid, and national sovereignty from the mid-nineteenth through twentieth centuries. She has conducted archival research in Switzerland, France, Great Britain, Germany, Norway, and the United States. She has held fellowships in both Freiburg im Breisgau, Germany and Geneva, Switzerland, and speaks both German and French.

Professor Lowe’s existing publications analyze the impact of interwar definitions of war victims’ rights on humanitarian aid provision after the First World War. Her first book manuscript examines how the League of Nations Member States used humanitarian aid as a tool to manage the crisis of European democracy from 1917 to 1939. Her second book project examines the effect of decolonization on the International Red Cross Movement from 1947 to 1977, decades during which this traditionally Eurocentric movement asserted its relevance to post-colonial regimes and anti-colonial liberation movements in a rapidly changing geo-political landscape.

Anne holds a doctorate in English Literature and an MA in Humanities from the State University of New York at Buffalo, where she studied poetry with Robert Creeley, Irving Feldman, and John Logan.

She's an alum of Shakespeare & Company in Lenox, MA, has studied at the Linklater Studio, and developed the Drama Minor and Drama track in Lesley's English major. A former member of the Small Press Alliance of Boston and editor of Oak Square Magazine, she also started Commonthought Magazine at Lesley.

Anne currently teaches courses in English Composition, Creative Writing, Literature, and Play Production: Shakespeare. In the past, she's worked with master's students and directed two doctoral dissertations. Her classrooms strive to be safe places of mutual respect and diligence.

Aaron holds an MFA in Poetry from the University of Pittsburgh. As an associate professor at Lesley, his areas of expertise include creative writing, poetry, popular culture, and gender. As a teacher and a writer, he hones both crafts every day, and is committed to helping his writing and literature students enter into the public experience of what is often perceived as a solitary undertaking.

As a literature teacher, Robert is committed to the view that engaged reading makes us better critical thinkers and transforms our understanding of ourselves and the world in which we live. He believes that the primary value of literary study is not so much learning about literature, but learning through literature.

Robert has over 30 years of teaching experience at the College of Liberal Arts and Sciences and the College of Art and Design, where he served as Chair of the Liberal Arts Department for fifteen years. In addition to first year composition and literature courses, he teaches a variety of electives, including Short Fiction and Novella, the Family in Literature, Romanticism in the Arts: Literature, Painting, Music.

Outside of Lesley, he's served as Scholar in Residence in Boston University's Teachers Academy in South Carolina. He's written articles and given conference presentations at local and national conferences on topics in the humanities and education; his current research interests focus on the role and efficacy of liberal arts study in the undergraduate curriculum.

As a teacher of composition and literature, Robert is committed to the belief that engaged reading makes us better critical thinkers and transforms our understanding of ourselves and the world in which we live—that the primary value of literary study is not so much learning about literature, but learning through literature.

As a member of the Humanities Division, Marjorie has developed and taught a wide variety of courses in both history and literature, including Human Rights and the Constitution; the United States and the World, the United States Since World War II, The Holocaust in Modern Jewish History, The Civil War Era, and Contemporary American Literature.

She was an undergraduate history major at Barnard College and completed two masters’ degrees (History and Literature) at Harvard University. Her biggest reward in teaching is to cultivate in students an enthusiasm for the intellectual and artistic pursuits that have engaged her over the years.

Review all undergraduate tuition and fees, and what they cover.

View Full Program Cost
Approximate cost for 30 credits in this online undergraduate program. Tuition and fees are for the 2019–2020 academic year.
Financial Aid
Use our step-by-step guide to apply for federal, state, and university funding.