In her photography, Lesley professor Vivian Poey grapples with the lasting effects of immigration. As an educator, she empowers aspiring teachers to give young people a voice.

Where is home? Where are you from? What does it mean to be an American? These are the questions that Lesley Professor Vivian Poey grapples with in her artwork.

As an artist and an educator, she gives voice to her viewers and her students. She empowers them to tell their stories and to let other people’s stories be heard.

“Photography is a way to both create a world and share your world," says Vivian. This is the essence of Vivian’s work. When she first attended school in the U.S., she found herself lost in a sea of foreignness. Having spent time in the U.S. and attended bilingual schools in Mexico, Guatemala, and Colombia before arriving in Florida, Vivian spoke English well. But her knowledge of the world wasn’t valuable or acknowledged in U.S. schools.

“I knew about Simon Bolivar and I knew about Benito Juarez," recalls Vivian. "I knew about all of these histories that didn't matter at all when I came to high school.” It wasn’t until Vivian studied art in community college that she discovered a love of photography. In her art work, she found a visual language and fluency that could communicate her understanding of the world in ways that spoken language could not.

Art became a way to share the complexity of her history and experience. She struggled to understand what it meant to be born in Mexico as an American citizen to Cuban exile parents. Through her photographs, Vivian discovered a way to make sense of the clashing worlds of her past and her present. 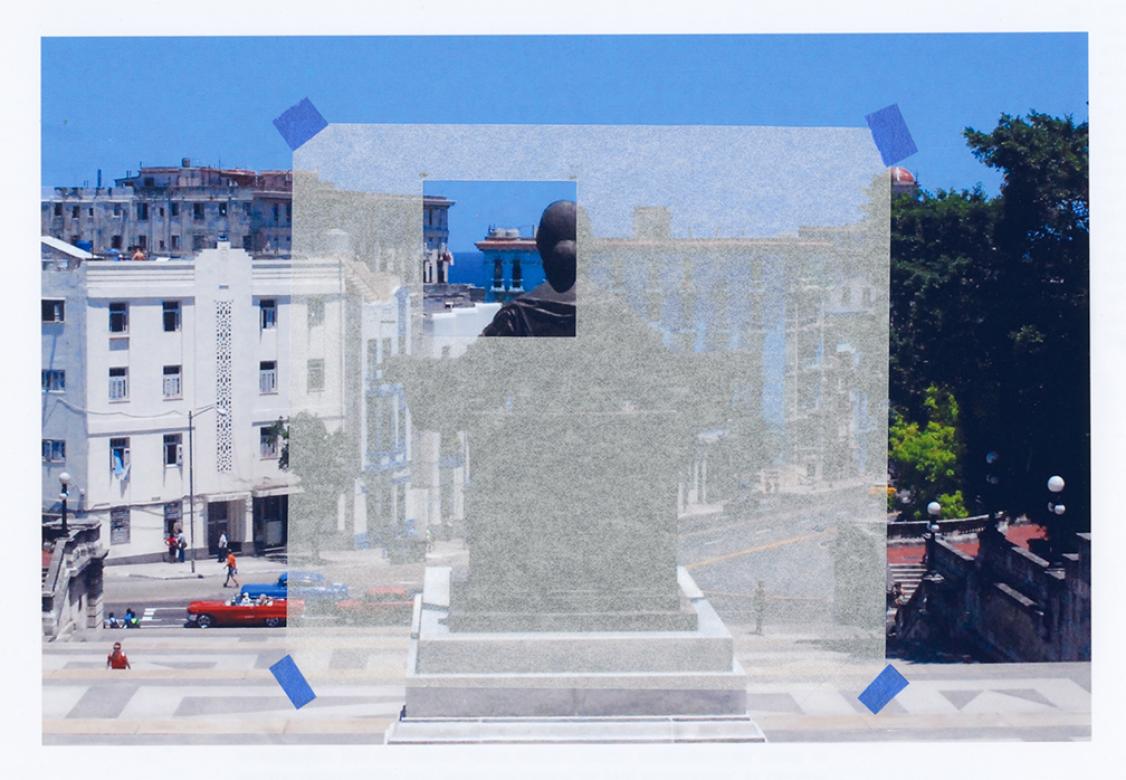 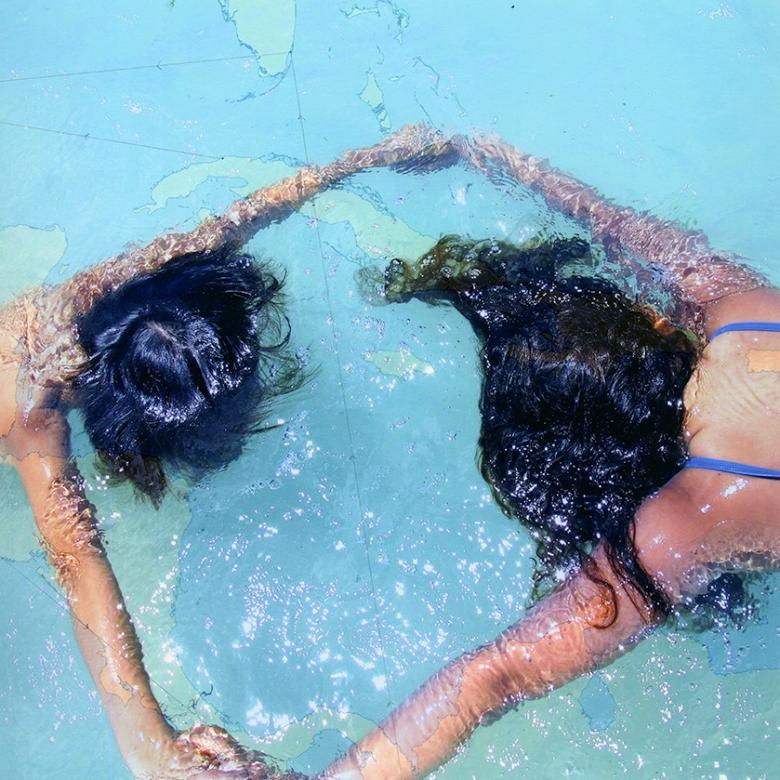 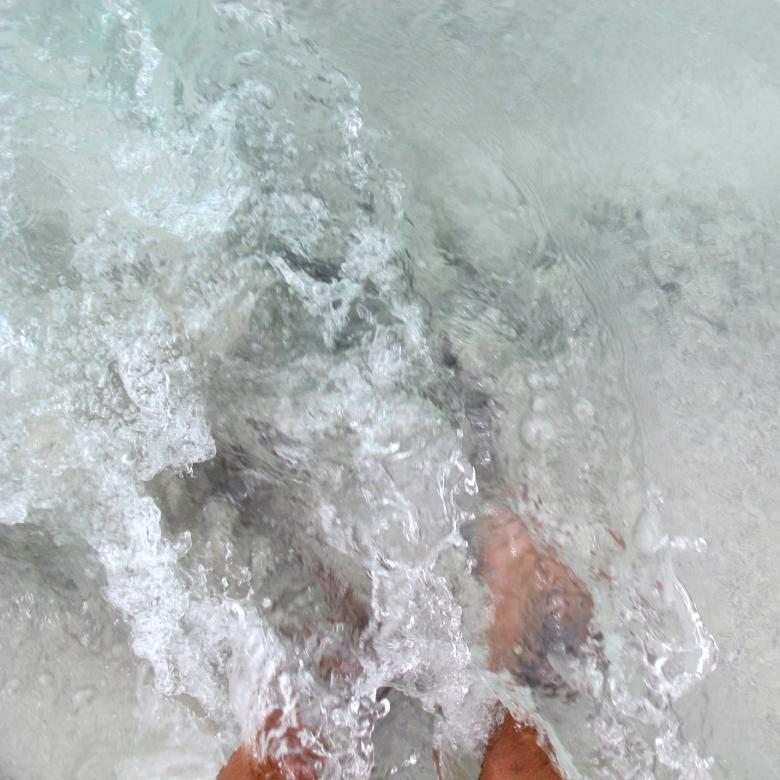 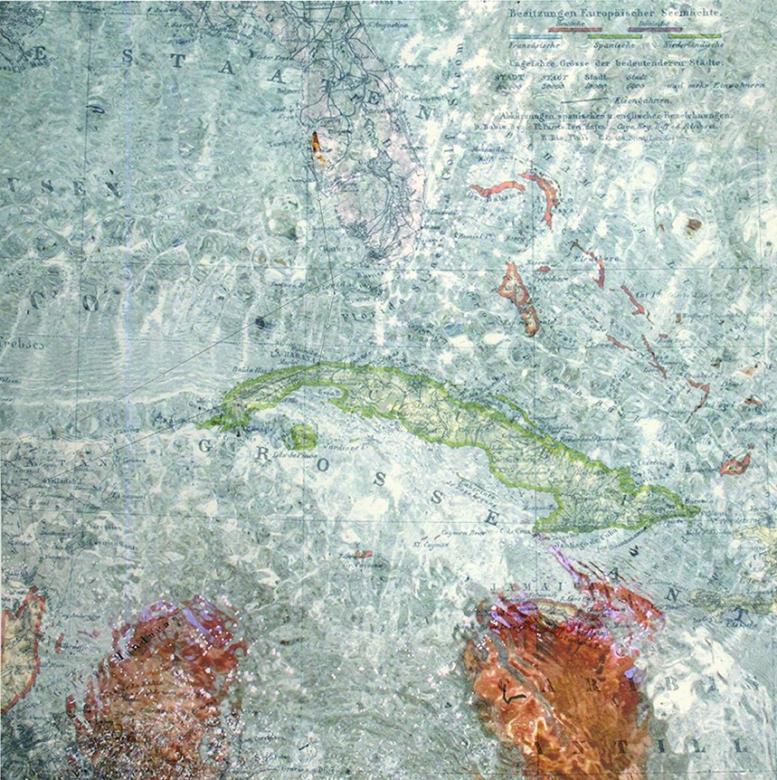 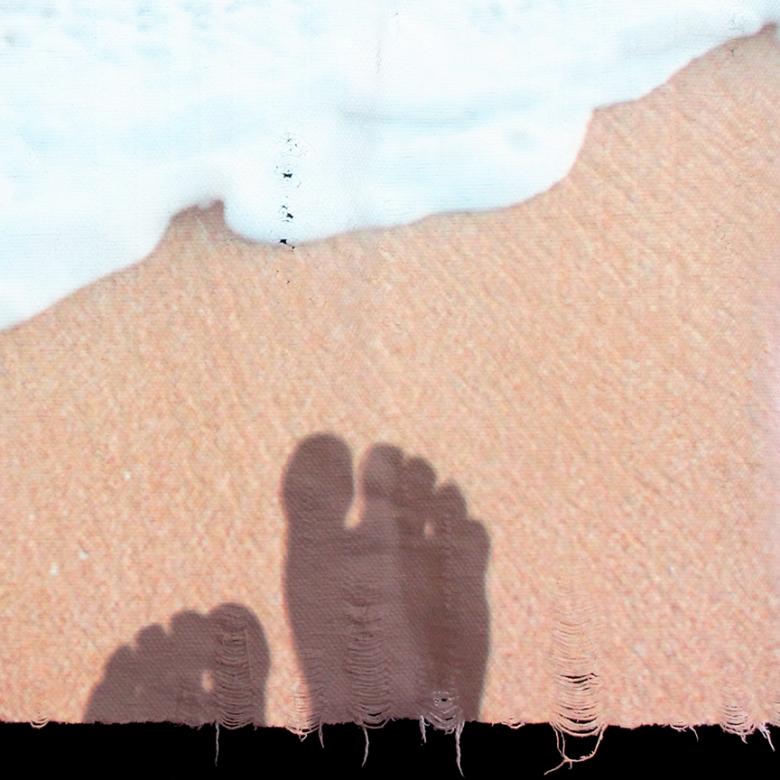 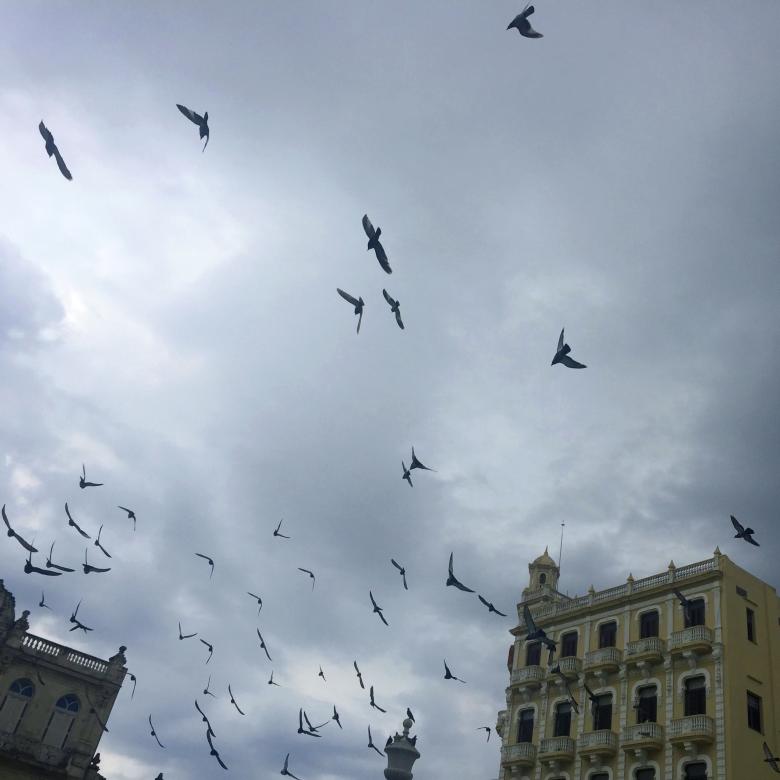 With a complicated history, Vivian’s art reflects her layered identities. She’s traced the history of the Cuban sandwich with photographs, trying to understand the meaning of authenticity. In her studies, she noted that none of a Cuban sandwich's traditional ingredients were either native to Cuba or were easy to find in the communist country. In her art, she processes her understanding of what it means to be American. For her, representing that means playing "The Star-Spangled Banner" with congas.

Vivian, also the curator of the Parker Gallery at Lesley University, co-curated Crossing / Borders with Community Arts graduate student Amanda Miller. The show “examines personal perspectives on immigration by artists whose life and work have been shaped by this identity.” Vivian and Amanda wanted to see “who has something to say” and to consider “how art helps us look at this difficult issue” of immigration.

The show came together very quickly. The idea for the show was still germinating before the rescinding of protections for participants in the Deferred Action for Childhood Arrivals (DACA) program. Vivian and Amanda decided it was vital for the story of immigrants to be told in their own words and in their own art, and they accelerated the start of the show. Immigrant artists responded with enthusiasm. The show features work from undergraduate and graduate students, as well as international and local professional artists.

"I never thought that my work was controversial. I just felt like I'm an American and I'm trying to understand what that means."
Vivian Poey, Associate Professor, Director of the M.Ed. in Arts, Community, and Education program

As a teacher of teachers, part of Vivian’s job is to inspire the next generation of instructors. She’s an associate professor, and the director of the M.Ed. in Arts, Community, and Education program at Lesley. In her classes, she encourages aspiring and working teachers to help their students to explore and share their world. Vivian, the 2017 recipient of the Massachusetts Art Education Association's Massachusetts Higher Education Art Educator of the Year award, personally knows the power of giving young people a voice.

In her classroom, Vivian instills a sense that “teaching and learning is also advocacy.” That means having a responsibility to young people. Through community arts programs, Vivian has worked with people who have lived through difficult experiences. She's seen how art programs and art teachers can help young people in need. "It was art class in particular that I felt was the one thing that really pulled students through," reflects Vivian.

When Vivian first came to the U.S., art made her feel at home and find her way. She knows that art can do the same thing for other young people.

Art is a way to tell stories and give people a voice. For Vivian’s art, that means it’s imperative to look into her past to understand the present and imagine the future. For her work as a curator, that means organizing the type of shows that grapple with immigration and other important issues. For her teaching, that means trying to inspire student-teachers to give voice to young people.